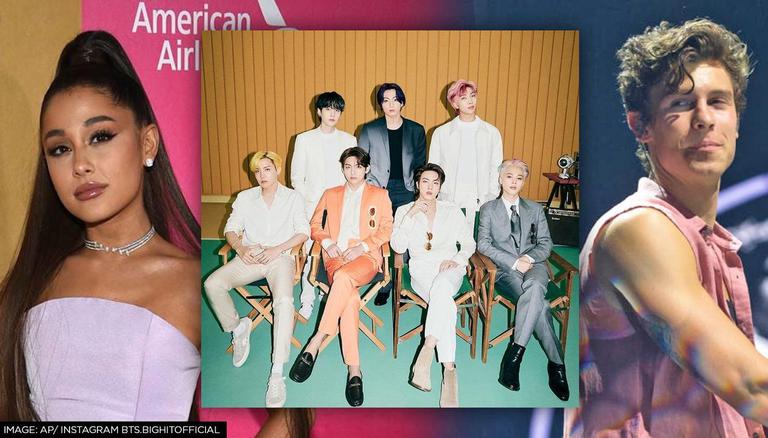 
While the fans aren't even over the BTS Permission to Dance concert in LA as well as the news of their upcoming concert in Seoul, another thrilling news is here to make BTS ARMY rejoice as the boy band's song, Dynamite entered YouTube's Billion views club. Yes, you read that right!

BTS team recently took to their official Twitter handle and shared the thrilling news with all their fans revealing that the BTS song, Dynamite entered the Billion views club on YouTube. They also thanked the BTS Army for making this possible. The moment this news surfaced on the internet, BTS Army began expressing their delight at hearing the news. Apart from Dynamite, other BTS songs to reach the Billion views club include Fake Love, Boy With Luv, DNA and MIC Drop (Steve Aoki Remix).

Many of them took to Twitter and congratulated the boy band as well as the fellow Army members on this achievement while many others urged everyone to vote for the band for Mama 2021. Some of them also mentioned that BTS' Dynamite truly deserved to be in the Billion views club while others shared cute pictures of the band members stating how happy they were.

Now, need to see you holding the DAESANG. Go and vote ARMY ⬇️

Apart from BTS, there are many songs and videos that made it to YouTube Billion Views Club such as Ariana Grande's No Tears Left to Cry, Break Free, Side to Side, Bang Bang and Problem, Eminem's Rap God, Without Me, Lose Yourself. Other artists to enter the club consists of Blackpink, Whitney Houston, Billie Eilish, Bon Jovi,  Nelly and Kelly Rowland, Rick Astley, Cardi B, Metallica, The Cranberries, A-ha, Chris Brown, Linkin Park, Shawn Mendes, Drake and many more.

Some of the popular songs of BTS that have a high chance to enter the YouTube Billion views club include Not Today, Idol, Butter, Spring Day, Blood, Sweat and Tears, Dope, No More Dreams, Cypher Pt. 3: Killer, Save Me, Sliver Spoon, Run, Attack on Bangtan, I Need U, among others.