BTS' Jimin's lip piercing is the new style statement which was noticed by ARMY at Muster Sowozoo 2021. Fans are loving his new look. Read further ahead to know. 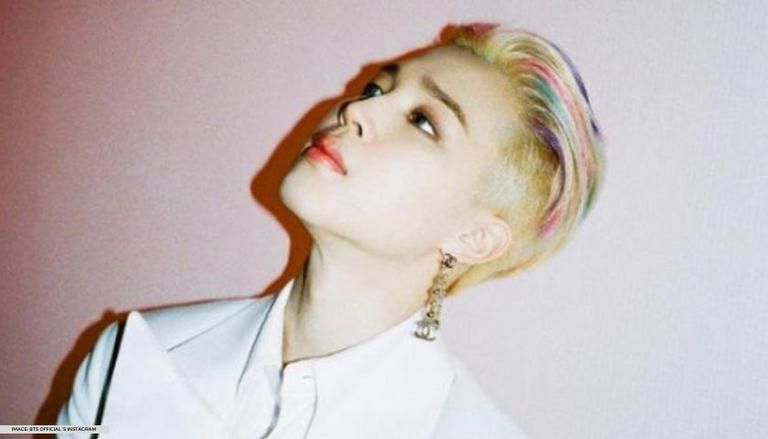 
BTS recently celebrated its eighth anniversary in a very unique manner. The popular K-pop band organised an online concert on June 13 and June 14 and named it BTS Muster Sowoozoo 2021. ARMY loved the performances of BTS as well as noticed some style statements given by BTS band members. BTS' Jimin had a lip piercing which was noticed by the ARMY and they exprssed their love for Jimin's look on social media.

ARMY bowled over with Jimin's lip piercing at Muster Sowoozoo 2021

After fans fell in love with Jungkook's piercing on eyebrow, netizens are now gushing over BTS' Jimin's lip piercing at Muster Sowoozoo 2021. Several netizens took to Twitter to express their excitement of seeing Jimin with a lip piercing whereas several others were amazed to see both Jimin and Jungkook in one frame. One of the users even wrote, "need oxygen... TL (timeline) is on fire. Can't breath Jimin Jimin. OMG Jimin Jimin Lip piercing." Check out some of the tweets below.

JIMINS IS WEARING A LIP PIERCING AND SEE THROUGH SHIRT pic.twitter.com/pykUy0RNYX

JIKOOK KILLED US EVERY SECOND! AND THIS IS INSANE!🔥 pic.twitter.com/ICqO3yS6b6

JIMIN LIP PIERCING SLEEVELESS THIS IS NOT FREAKING FUNNY !!!#MUSTERSOWOOZOOpic.twitter.com/FeeJXpPxXh

The theme for the Muster event this time is 'Sowozoo' which is named after a Korean title of the last song they performed for their fans Mikrokosmos. The eighth Muster aims to develop a sense of belonging among fans who have not met the band physically for a long time and does so by letting those who have brought the tickets send in audio tracks for a group chorus at the end. The first day featured best Korean track whereas the second day would feature smash hits and English songs.

READ | BTS' Jungkook says he is "grateful" to have met the gang, reveals how they influenced him

BTS has a very dedicated fanbase known as the ARMY, which has broken several records for the band. The band recently released a new song Butter which has broken many records on the internet, some of the previous records held by their song Dynamite, now belong to Butter. Butter marks the second English language single by BTS after Dynamite. BTS recently grabbed a nomination at Grammys 2021. They have released a total of nine studio albums, six compilation albums, and six extended plays. BTS debuted in 2013 under Big Hit Entertainment and were previously famous as Bangtan Boys.

WE RECOMMEND
BTS' Jimin's black hair trend on the internet; BTS' ARMY calls it 'supremacy'
BTS' Jimin was asked about the name of band member with best sense of humour; his response
BTS’ Jimin causes Alexander McQueen necklace to "sell-out" after 'Butter' teaser
BTS’ Jimin talks about clashes among band members; 'so many I couldn't possibly list'
BTS' Suga & Jimin reveal how they're taking care of their mental health amid the pandemic