The youngest member of the band BTS, which is dubbed as one of the biggest bands in the world, Jungkook has been crowned as the most handsome man of 2021. 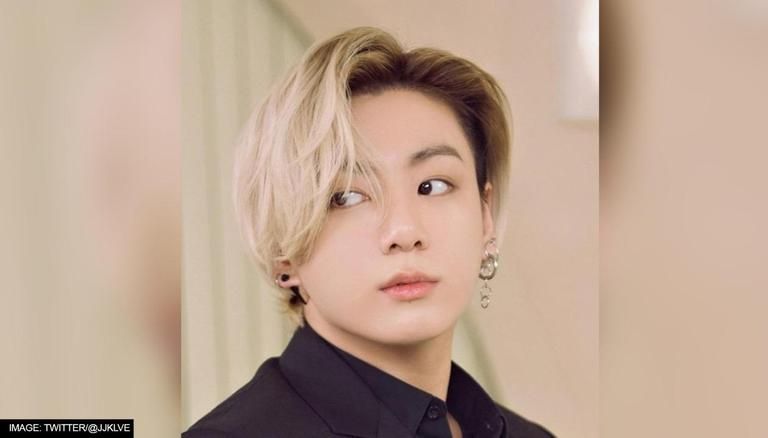 
The youngest member of the world-renowned South Korean boyband, BTS' Jungkook is famous for his tendency to take over the hearts of his fans not only by his professional achievements but also through his quirky persona. Adding another title to his name, the young singer has now been crowned the most handsome man of 2021 by King Choice. He won the title with a whopping amount of votes as another member of the band was placed third in the list.

Jungkook crowned as Most Handsome Man 2021

King Choice has declared the BTS member Jungkook as the most handsome man of 2021 as the singer won the poll with over two million votes. He was followed by actor Cha Eunwoo who is known for his roles in popular K dramas like True Beauty, My ID Is Gangnam Beauty and more. It is also interesting to note that the oldest member of the band, Jin, has secured the third position in the list.

✨ Jeon Jungkook has been crowned as "The Most Handsome Man 2021"🔥
He won the Kingchoice with whooping 2.4M votes with 1M lead which itself is a record!
Undoubtedly Jungkook's handsomeness knows no bounds!
Congratulations Jungkook!
Trend👇
Visual King Jungkook#MostHandsomeManJK pic.twitter.com/Q0ut5hMvYb

Following the announcement, fans, called ARMY, took to social media to congratulate the young singer which resulted in Jungkook trending on Twitter. Talking about his beauty, one fan wrote, ''Jungkook isn't just the most beautiful inside with the most generous heart and the purest and kindest soul but he's also the owner of an enviable beauty that deserves to be appreciated daily.'' While another wrote, ''This man’s facial features are the most ethereal in this world No one got his beautiful & attractive features that you can sink deeply in''.

To the most handsome man I laid my eyes on .... i love u and i hope u get all the love , health and fam u deserve
CONGRATULATIONS JUNGKOOK

he set the bar way too high! #JUNGKOOK #MostHandsomeManJK#BTS pic.twitter.com/tecJbwzPPw

This man’s facial features are the most ethereal in this world
No one got his beautiful & attractive features that you can sink deeply in pic.twitter.com/7pbSJWz03m

The 24-year-old singer recently broke a world record with his Instagram post to mark the new year and thank his fans for supporting him throughout the year 2021. The post broke the record of surpassing one million likes in just within two minutes of its posting. The record was previously held by Juliette Freire whose post took three minutes to reach a million likes. Jungkook's post read, ''The year is ending fast & we are now greeting the new year Thanks to many of you, I was able to spend this year happily w/o hurting my body or mind Thank you so much. You’ve all worked so hard Everyone let’s not get sick but be happy Ah-Fo-Bang-Fo*''