BTS Members Launch Individual Instagram Accounts: How Many Followers All Of Them Gained?

All the members of BTS - Jin, Suga, J-Hope, RM, Jimin, V, and Jungkook- have launched their individual Instagram accounts. How many followers have they gained? 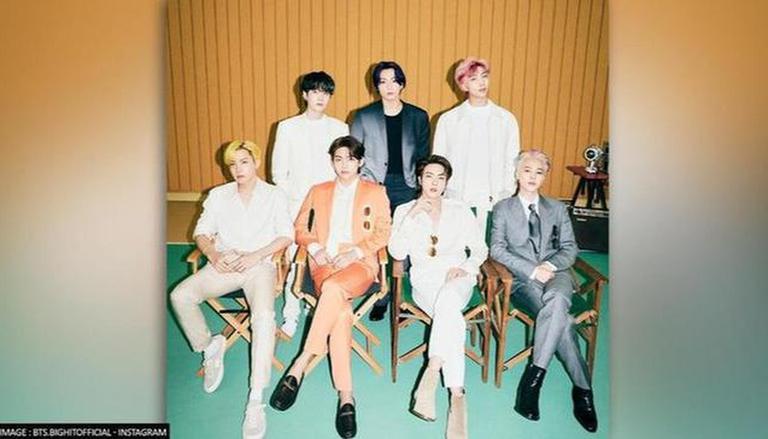 
The popular South Korean band, BTS, who has taken the world by storm with their quirky moves and superhit numbers have finally launched their new individual Instagram accounts. All the members; Jin, Suga, J-Hope, RM, Jimin, V, and Jungkook have launched their Instagram accounts and each of them has garnered millions of followers within a day of opening their accounts. Take a look at how many followers each of the members gained.

The oldest member of the group Jin, whose real name is Kim Seok-jin, has garnered over 12 million followers as of December 6. Jin has co-written and released three solo tracks with BTS, Awake (2016), Epiphany (2018), and Moon (2020), all of which have charted on South Korea's Gaon Digital Chart. In 2019, Kim released his first independent song, the digital track Tonight. He also appeared in the 2016 Hwarang: The Poet Warrior Youth soundtrack alongside BTS member V.

Suga, whose real name is Min Yoon-gi, has garnered 12.6 million followers as of December 6. In 2016, he released his first solo mixtape, Agust D. In 2018, he re-released the mixtape for digital purchase and streaming. The reissue reached number three on Billboard's World Albums Chart. In 2020, he released his second solo mixtape, D-2. Commercially, the mixtape peaked at number 11 on the US Billboard 200.

J-Hope, whose real name is Jung Ho-seok, garnered 12.7 million followers as of December 06. J-Hope released his first solo mixtape, Hope World, in 2018. The album was met with a positive reception, and its subsequent debut and peak at numbers 63 and 38 respectively, made him the highest-charting solo Korean artist on the US Billboard 200 at the time.

The leader of BTS RM, whose real name is Kim Nam-joon, has gained 12.6 million followers as of December 06. In 2015, he released his first solo mixtape, RM. In October 2018, his second mixtape, Mono, was the highest-charting album by a Korean soloist on the Billboard 200 chart, having peaked at number 26.

Jimin, whose real name is Park Ji-min, has garnered over 13.1 million followers as of December 06. In 2014, Jimin collaborated with fellow BTS member and vocalist Jungkook on a song called 'Christmas Day', a Korean rendition of Justin Bieber's Mistletoe. Jimin released his first solo song single, Promise, for free on BTS' SoundCloud page. In 2019, the platform announced that Promise had surpassed the record set by Drake's Duppy Freestyle for the biggest 24-hour debut in history.

V, whose real name is Kim Tae-hyung, has garnered 14 million followers of December 06. In 2016, V made his acting debut with a supporting role in KBS2's historical drama Hwarang: The Poet Warrior Youth under his real name. In 2020, V released a song titled Sweet Night for the soundtrack of the JTBC drama 'Itaewon Class'.

The youngest member of the band, Jeon Jung-kook also known by his stage name Jungkook has garnered 13.4 million followers. In 2020, Jungkook released the song Still With You, for free on platforms such as SoundCloud as a part of BTS' yearly debut celebrations. In a 2019 survey conducted by Gallup Korea, Jungkook ranked as the third most-loved celebrity of the year in South Korea.

WE RECOMMEND
BTS members' Instagram accounts: Check out first post of each of the band members
BTS Jin Super Tuna Challenge: BTS Army trends 'Sorry Jin' on Twitter, know why
All the reasons BTS trended during their 'Permission to Dance on Stage' concert in LA
BTS star J-Hope surpasses 8M followers on Spotify, becomes 1st Korean solo artist to do so
BTS members Jin, J-Hope, and RM sell $8 Million worth of HYBE shares
Listen to the latest songs, only on JioSaavn.com