Balming Tigers recently released the much-awaited first look of RM in their forthcoming track 'SEXY NUKIM.' Here's how his fans are reacting to it. 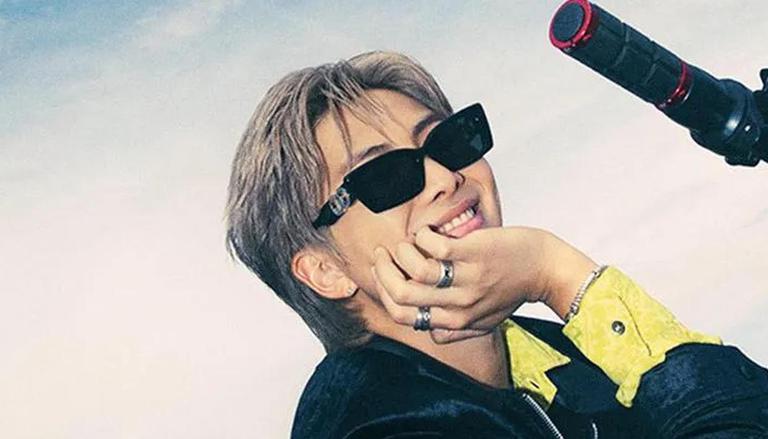 
South Korean boy band BTS has been entertaining the masses with their tracks for a long time now. The two-time Grammy Award-nominated musical group has received a lot of accolades over the years and has also gained popularity individually. While the band's members are also focusing on their individual careers, BTS' leader Kim Namjoon, popularly known as RM, is set to feature in the South Korean musical collective, Balming Tiger's latest track SEXY NUKIM. While the song will be unveiled next month, the musical group recently released its trailer featuring the K-Pop star.

Balming Tigers recently released the much-awaited first look of RM in their forthcoming track. The track's short teaser begins with a glimpse of a dark room filled with metal objects. The camera focuses on a door into the shadows and then gives the viewers a flash of different scenes. The scenes involve many people donning white outfits and crying in a red room. In the end, RM's first look from the track is unveiled as he appears from the shadows wearing a black suit. The track will be released on September 1, 2022.

BTS' fans have been waiting for the upcoming track ever since it was announced. RM's fans could not stop gushing over the K-Pop star's look. A fan wrote, "KIM NAMJOON THE HOTTEST MAN THAT YOU ARE !!! ; HE'S LOOKING SO FINE OH GOD," while another one penned, "Kim Namjoon with black suit on Sexy Nukim!! He's on the MV y'all!! he's soo hot i don't think i'll survive." Many also expressed their excitement about the track. A fan wrote, "Omg so we getting joon in th mv finally," while another Twitter user wrote, "TEASER & Kim NAMJOON @LoveGoddessBom just in a few Days & extremely excited & Can't wait to listen to SEXYNUKIM."

KIM NAMJOON THE HOTTEST MAN THAT YOU ARE !!! ; HE'S LOOKING SO FINE OH GOD pic.twitter.com/gbnQP5ACJq

Omg so we getting joon in th mv finally 😭😭pic.twitter.com/eHG8yxpMjf

BTS consists of members - RM, Jin, Suga, Jimin, J-Hope, Jungkook and V. The band recently won the Best Group Award for the fourth consecutive year at MTV VMAs 2022. The members of the musical group are currently focusing on their individual careers and are also unveiling their new photoshoots.