BTS member V has revealed a piece of new information about his much-awaited mixtape that is temporarily dubbed KTH1. Read on to know more. 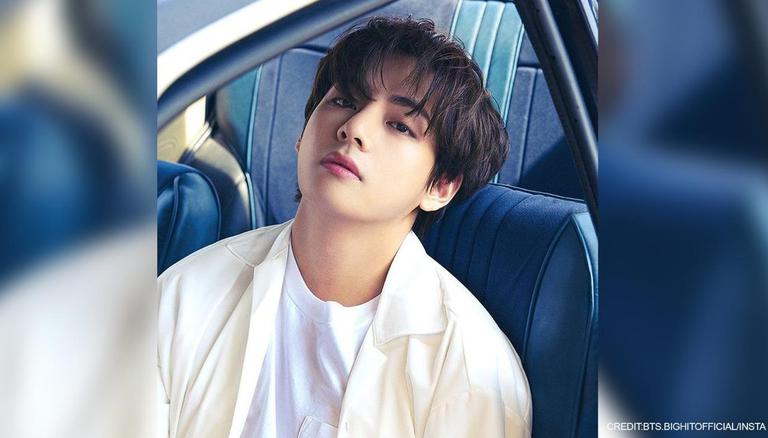 
BTS ARMY has been waiting for BTS members- V and Jungkook's upcoming mixtapes since the time it was announced. Several times, BTS has teased ARMY with snaps from their mixtape and ARMY is on the edge to lap every bit of information related to their mixtapes. Recently, during a fan meeting, BTS member V has revealed a piece of new information about his much-awaited mixtape that is temporarily dubbed KTH1.

BTS V reveals his plans for his upcoming mixtape, KTH1

At a recent fan meeting, V aka Kim Taehyung opened up about his highly-anticipated mixtape named KTH1. He revealed that he originally had around 13 tracks prepared for his mixtapes, but he has changed his plans now. the K pop idol revealed that eventually, he was not satisfied with the music he has created. He added that he was trying to remake many of the tracks.

BTS' V said in Korean that translates, "I have one song that was given to me, and 10 that I made myself, but I started to not listen to them, and I was worried that it would be the same for ARMYs, so I’m slowly remaking [the songs] step by step. I’m working hard." the most recent update shared by the BTS member, shows his dedication towards his mixtape.

According to Koreaboo, out of over 15 tracks that he had prepared, V has removed 12 of them. With only three tracks remaining in the bag, the singer revealed he is currently taking a break from working on his mixtape for now. Earlier, in an interview with Rolling Stone, the singer had stated that making a mixtape is a lot of work.

He had said that working on his own tape means that he has to do everything related to all the songs on the album. He added that he has to take part in penning the lyrics and the melodies for all the songs and the production process. The BTS member further hinted that preparing a mixtape may take a long time combining BTS' packed schedule.

According to Pinkvilla, several songs that were initially slated to feature in KTH1, were used for others. V's soothing song, Sweet Night was used as an OST for popular K-drama Itaewon Class that features Park Seo Joon. While Blue & Grey was featured in BTS' album titled BE.

Meanwhile, the Bangtan Boys have recently released two blockbuster songs- Butter and Permission To Dance. The songs have topped numerous charts including Billboard Hot 100 charts. Apart from its second English song, Butter, the boyband's song, Permission to Dance, has also maintained its spot in the top 10 list at the ninth position. Earlier, the song had broken the band's own Butter record for just one week, making BTS stand tall on the Billboard list for good 10 weeks.