The BTS ARMY is currently rejoicing as their favourite band consisting of JungKook, V, Jimin, SUGA, J Hope, Jin and RM will soon be entertaining them with vlogs 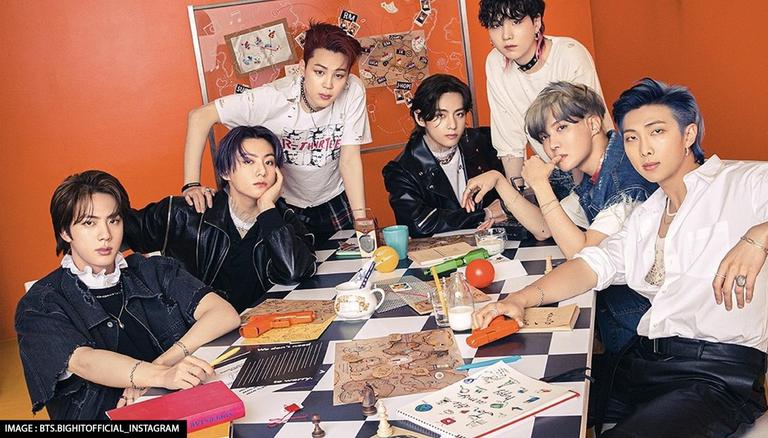 
The BTS ARMY is currently rejoicing as their favourite band consisting of JungKook, V, Jimin, SUGA, J Hope, Jin and RM will soon be entertaining them with vlogs. The army can't wait to get a sneak peek into their lives as they engage in several exciting activities.

The groups released a schedule, as per which they will release a new vlog every Saturday for the next seven weeks, leaving fans over the moon.

The upcoming seven BTS vlogs will take a deep dive into each member's lives as they give the army a glimpse into their day. The arms will be able to watch the members drive, camp, cook, explore museums and much more. The first BTS vlog will release on July 9, Saturday, which also marks BTS army day, the day on which the band named their massive fanbase. The very first vlog to be uploaded will be a driving vlog, which will star V and fans can't wait to watch the clip.

As per a report by Pinkvilla, the first vlog will begin with V and will be a driving vlog. This will be followed by J-Hope's vlog, which will be all about fashion and Jimin's which will revolve around a bracelet workshop. RM's vlog will take the army on an adventure through museums, while Jungkook's vlog will be all about camping. The army will then step into the kitchen with Jin for a cooking vlog, and will then get to watch SUGA prove his woodcarving skills.

READ | BTS’ J-Hope releases ‘Jack In The Box’ Visual Teaser; album to be out on THIS date