On October 10, Crush who performed at the 2022 SOMEDAY PLEMORA Festival, fell prey to an unfortunate incident during the concert. BTS J-Hope extends support. 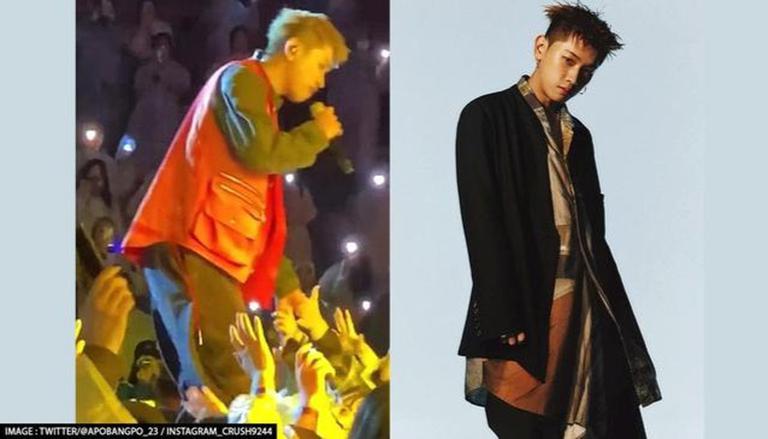 
R&B singer Crush who is popularly known for his soulful tracks and his recent collaboration with BTS’ J-hope for the song Rush Hour, has landed himself in major trouble. On October 10, the singer performed at the 2022 SOMEDAY PLEMORA Festival, and now, an unfortunate incident from the concert has gone viral on social media.

During his concert, as the singer interacted with fans, he seems to have skipped shaking hands with a couple of Black K-pop fans. The video showcasing the same was highly criticised by fans who slammed the star for his racist moves. Fans accused the singer of stepping away intentionally due to his fans’ darker skin tones.

Addressing the video, Crush issued a statement on Instagram stating that he stepped away from the section of the crowd due to safety concerns. He also apologised for the misunderstanding caused.

"Hi everyone, I just wanted to address the issue revolving around the audience interaction from my performance last night at the “2022 SOMEDAY PLEROMA” festival. I’ve been away for roughly two years and being able to perform on stage with my dearest fans in the audience was such an unforgettable and long-awaited experience, so I naturally and instinctively walked towards and reached down to the crowd," he began a statement.

READ | BTS might not be exempted from South Korea military service, to put music career on hold

He further added that "To avoid further misunderstanding, I would like to explain that I had to refrain from giving out high-fives with the fans in particular sections as a safety precaution – fans were getting too close to the fences holding up the audience section and I saw that those in the front row were getting pushed against the fence, so I made a quick judgment not to approach for the safety of my fans." 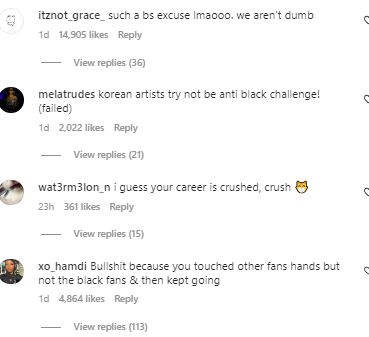 While the post received reactions from many, including BTS J-Hope who liked the post, several social media users did not buy his explanation and were simply not convinced. One of the users wrote, "such a bs excuse lmaooo. we aren't dumb," while another wrote, "Bullsh** because you touched other fans' hands but not the black fans & then kept going." A third user echoed similar sentiments and said, "lmao u touched everyone in the crowd, stop lying."