Ed Sheeran To Collaborate With Jessi, Sunmi For New Version Of 'Shivers'

British singer and songwriter Ed Sheeran is all set to join hands with American rapper, Jessi and South Korean singer Sunmi for a new version of 'Shivers' 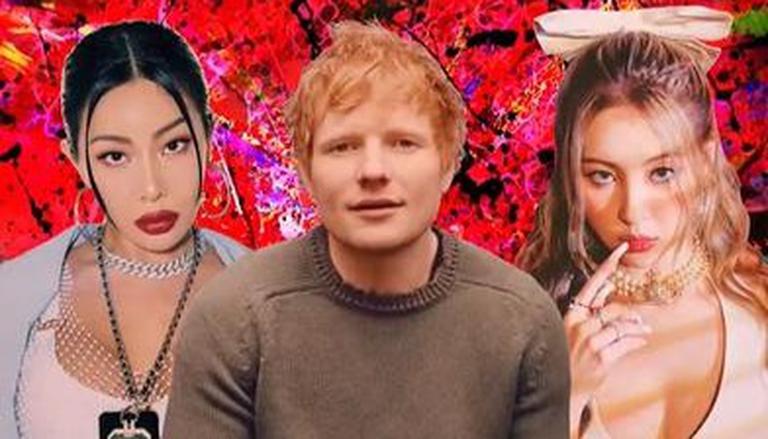 
British singer and songwriter Ed Sheeran is all set to join hands with American rapper, Jessi and South Korean singer Sunmi for a new version of Sheeran's latest hit, Shivers, the lead single of his chart-topping new album, =. Sunmi took to her verified Instagram handle and gave a brief sneak of the track. The 29-year-old also revealed that the recreated track will be released on November 24.

Ed Sheeran to collaborate with Jessi and Sunmi

According to a report by the South Korean news outlet, Soompi, Warner Music Korea also confirmed the news. They said, "Not only did Ed Sheeran, Jessi, and Sunmi create flawless harmony, but they also worked hard to show a new and different kind of charm [through their collaboration]. Please give the song a lot of interest and love," as quoted by the South Korean news outlet.

On Thursday, Niantic and The Pokémon Company group also announced that Grammy award-winning artist and Pokémon fan Ed Sheeran will be starring in a special performance for Pokémon GO Trainers (players). In celebration of the release of his new album, = (Equals), Pokémon GO Trainers will be able to enjoy some of Sheeran’s latest tracks as well as classic hits via an intimate, pre-recorded performance video accessible through Pokémon GO.

Debuting on November 22 in Pokémon Go, the video will be featuring Sheeran performing his record-breaking songs, including Perfect, Bad Habits, Overpass Graffiti, Thinking Out Loud, First Time, and Shivers. The performance video will be available for viewing for eight days only, beginning November 23 at 12:30 am IST through December 1 at 2.30 am IST. The singer's favourite Pokémon, Squirtle, will also appear in Pokémon GO with its signature shades. Players can also redeem a special code to receive an exclusive in-game avatar item in Pokémon GO featuring Sheeran’s ＝ album art, which he wears during his special performance.

Furthermore, CJ ENM has announced that Sheeran will also be performing at the 2021 Mnet Asian Music Awards (MAMA) that will be held in December this year.