EXO's Baekhyun has enlisted himself to serve in the military. He took to Instagram to share a picture of his & also assured his fans that he will return safely. 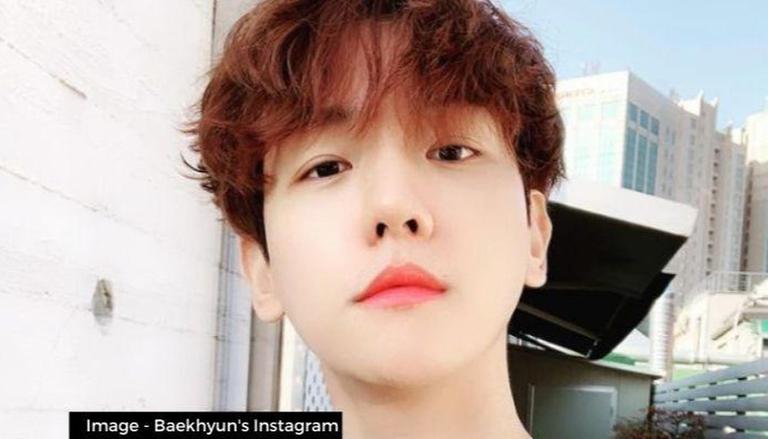 
It is a moment of pride for the fans of the Korean pop band EXO. One of the lead vocalists of the band Baekhyun has enlisted himself to serve in the military. He took to his Instagram to share a picture of him to announce the news. It is mandatory for every Korean citizen between the age bracket of 18-28 years to enlist in military service.

In the picture by Baekhun, he is donning a grey Korean styled sweatshirt, a pair of black trousers and slippers. He is also sporting a cap and wearing a mask. In the caption of the post he wrote, “D-1 I’ll go (serve) and return safely”.

As soon as his post was shared, several of his fans turned emotional and sent best wishes to him. Many also asked him to stay safe and come back healthy. See their reactions below. 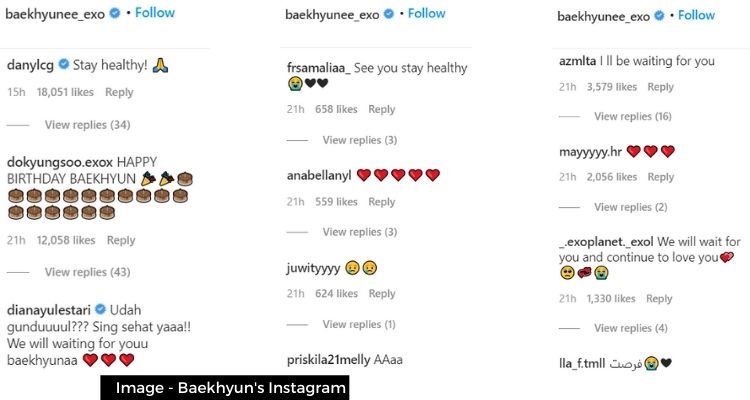 According to a report by Soompi, pictures of EXO's Baekhyun sporting a buzzcut were shared on Lysn, the band’s fan interaction platform. His fellow bandmate Sehun also posed with him in the pictures. Baekhun is the sixth member of the band to enlist in the military after D.O., Xiumin, Suho, Chen, and Chanyeol. He will first begin a three-week training exercise before he will start his duties as a public service worker. He was not fit enough to qualify for active service as he suffers from hypothyroidism. He also conducted a live session with his fans on the platform to interact with them before he leaves for his service.

The performer and singer celebrated his 29th birthday on May 6. His fans rushed in to send heartfelt birthday wishes to him on Twitter and #HappyBaekhyunDay started trending on Twitter. They also wished him luck for his service and also wrote that they 'will wait for him' and the band to come together again. One of his ardent fans also deemed him as 'the best artist of this generation'. See their wishes on the occasion of Baekhyun's birthday.

READ | Hina Khan shares a heartwarming picture with her father, fans ask her to stay strong

To Baekhyun who not only made us happy but also inspired us with effortless beauty of his voice, you truly are the best artist of this generation, Happy Birthday. I hope you'll be filled with happiness! We'll be here waiting✨#변백현 𓃥 #배켜니생일축하해 #HappyBAEKHYUNDay pic.twitter.com/AaWEKY9p8M

Baekhyun has also delivered some of the most popular songs from the Kpop genre. His notable tracks are For You that has 69 million views on YouTube, Dream has 71 million views, Candy has 60 million and Bambi has 30 million views on the video-sharing platform. The report by Pinkvilla also stated that the singer is going to collaborate with Seo Moon Tak for a new song titled Hurt.