The popular South Korean boyband EXO's main singer Chen is all set to welcome his second child with his wife and fans cannot contain their excitement. 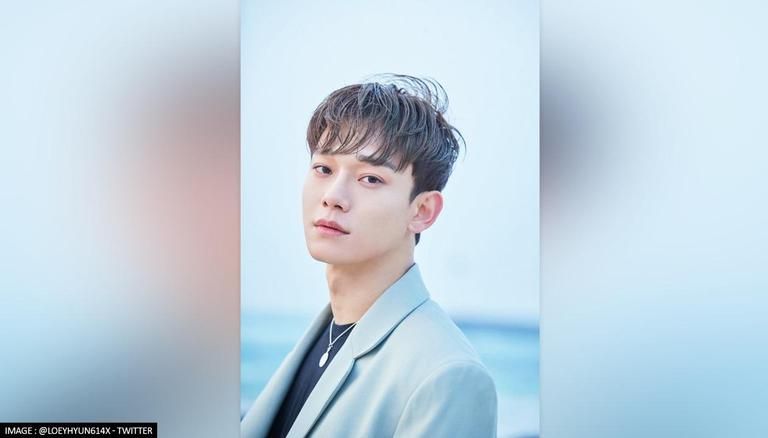 
It is a time for celebration for EXO-Ls across the globe as the main singer of the popular South Korean idol group EXO's Chen is soon going to become a father for the second time. Currently completing his compulsory military service, the artist and his wife are receiving an outpour of congratulatory messages from the fans via social media. Check out how the fans are celebrating the jovial news.

According to a report from Newsen, via Soompi, the 29-year-old is all set to welcome his second child with his wife, whose identity has been kept under a wrap. confirming the same, the artist's label SM Entertainment issued a statement that read, ''It is true that Chen’s wife is pregnant with their second child.''

The singer announced his marriage in January 2020 and welcomed his first child with his wife in April. Currently completing his military service after being enlisted in October last year, the artist will be discharged in April 2022.

As soon as the news broke out, EXO-L's took no time in getting the artist on the trending topic on Twitter. Congratulatory wishes poured in from every direction as one user wrote, ''You were so brave when you announced that you are getting married and expecting a child last year. And now, you'll be a dad for the 2nd time around. I am so happy for you, Jongdae! And we will always be proud of you. Congrats our daddy Dae!''

GET 1 AND PASS, WE ARE SO HAPPY FOR YOU KIM JONGDAE !! 🎉❤️ pic.twitter.com/HB6IwLCfbf

The article where SM confirmed that Jongdae’s wife is pregnant with their second child.

Congratulations Jongdae. Show them lots of support and love 🥺💗 pic.twitter.com/ZxIbMzo5v5

Many fans were expecting Chen to issue a statement to announce the good news and also hoped that he would not be apologizing like the last time. For the unversed, the artist received backlash for his sudden marriage announcement with his girlfriend who was expecting his first child. One user wrote, ''what if… another letter from jongdae and he WON’T be apologizing again just like what he did last time! as he should!''

jongdae said he wants a daughter and son (in this specific order)! i hope it's a baby boy this time. congratulations jongdae 🥺🤍 pic.twitter.com/Vu8OaJAG3E

omg jongdae we're so happy for you and your family ㅠㅠ be happy and healthy together 🤍 congratulations 😭 i'm so excited 😭#순딩이들 #CHEN #JONGDAE pic.twitter.com/les9GsUZXS

Some also brought back an old video of the artist talking about wanting a daughter and son in the future. Wishing for the same, fans sent love and blessings to the couple.