The recently released Grammy 2022 nominations list included Taylor Swift's 2020 album 'Evermore' under the category of 'Album of The Year'. Read for more. 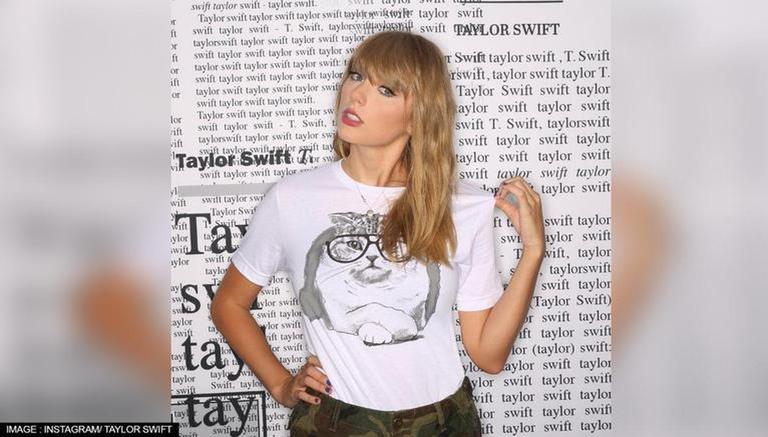 
The Recording Academy on Tuesday, November 23, announced the Grammy 2022 nominees list, which saw Jon Baptiste taking the lead with 11 nods, while Justin Bieber, Doja Cat, Lady Gaga, H.E.R, Billie Eilish and Olivia Rodrigo also garnered major nominations. Among all the nominations was Taylor Swift's 2020 album Evermore, which has been selected under the 'Album Of The Year category'.

The songstress, who also took home the 2020 album of the year award for Folklore, shared a celebratory post, wherein she can be seen crooning Champagne Problems with producer Aaron Dessner on the piano. Taylor wrote, "NO PROBLEMS TODAY JUST CHAMPAGNE" and stated that she's 'so stoked' to have received this honour.

Taking to her Instagram handle on Wednesday, November 24, the Begin Again singer uploaded a one-minute monochrome clip, which showcases her clad in a gorgeous white gown as she croons the track. For the caption, she wrote," NO PROBLEMS TODAY JUST CHAMPAGNE. I wanted to share this video with you from when @aarondessner and I were doing our fittings for the video and there was a piano, so ofc this happened. SO stoked evermore has been honoured like this. Congrats to all our fellow nominees!!" Take a look.

According to People, Taylor made history last year by becoming the first female artist to have won the album of the year thrice, and if she collects the accolade this year, Taylor would break her own record. Only recently, she won the American Music Award for favourite pop album, and in a pre-recorded message for her fans, she mentioned that she has always been proud of  Evermore, calling it Folklore's 'adventurous, fun younger sister'. She also won the favourite female pop artist award.

In another major feat for the singer, her 10-minute version of All Too Well ranked at number 1 position on the Billboard Hot 100 songs chart. Reacting to a post by Billboard, she wrote, "I’m so proud of this song and the memories I have with you guys because of it." She further added, "I’m floored. A ten-minute song is at the top of the Hot 100.”

I’m so proud of this song and the memories I have with you guys because of it. You truly chose this one and now you did THIS?! I’m floored. A ten minute song is at the top of the Hot 100.🤯