Hina Khan and Shaheer Sheikh recently opened up about their chemistry in Baarish Ban Jaana and said that they were pleasantly surprised by audience's response. 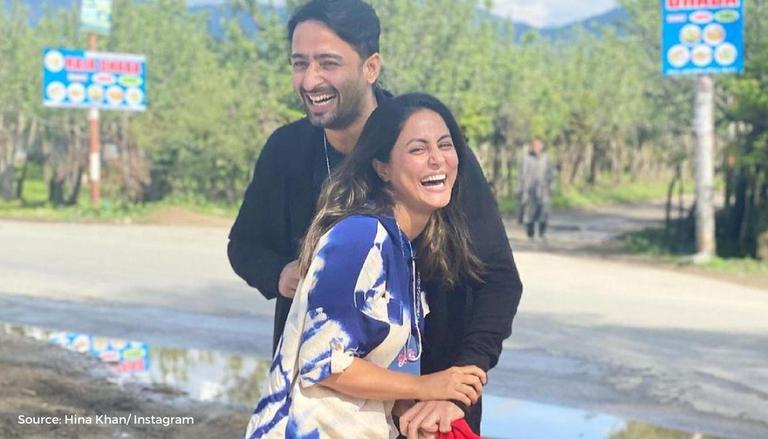 
Hina Khan and Shaheer Sheikh recently worked together for a music video called Baarish Ban Jaana. The pair talked about their on-screen chemistry in an interview and revealed their experience of working together. They also opened up about what they think seems to have worked in their favour.

During the interview with Bollywood Bubble, Shaheer revealed that he was pleasantly surprised that the audience loved his chemistry with Hina so much. He said that he was not expecting such a good response. The viewers instantly loved and praised the song as well as the chemistry. He also praised the music and said that the music does the trick and the start in the teaser is beautiful.

When asked about the Kashmiri connect, Hina said that it was also another reason why it worked. She revealed that she had been hearing that people wanted to see her and Shaheer together and after the teaser and the video were released, people liked the pairing and felt that they looked good together. Hina said that she thinks people are liking the fresh pairing of the two actors and that they want to see more pictures of them together. Hina also jokingly said that seeing the response, they will sign more projects right after the interview.

During the interview, Shaheer and Hina were asked about the significance of rain and how it connects to romance in their life. Shaheer said that for all Indians, rain is not just any weather because we tend to romanticise it. Hina added that for her romance is the moments shared and she said for her it is a lot more than romance.

The song Baarish Ban Jaana features Hina Khan and Shaheer Sheikh as a celebrity couple who broke up but are struggling to keep their feelings at bay and the season of Monsoon plays a significant role in the melody. Shaheer Sheikh and Hina Khan were paired opposite each other for the first time. The song has been sung by Payal Dev and Stebin Ben and has been penned by Kunaal Vermaa. Payal Dev herself composed the song. The song has been very well received by the audience and has crossed the benchmark of 10 million views. The music video was shot in Kashmir and features many picturesque locations.