The Kpop boom is taking place at a swift pace in the global market. Front runner BTS is creating major trends in India and makes it in the top countries 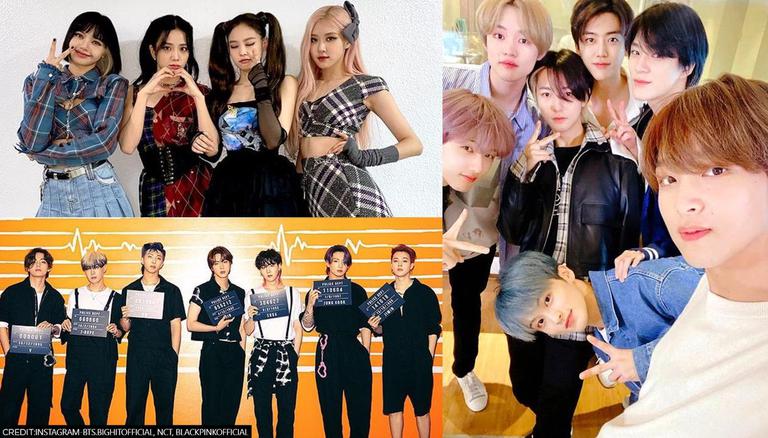 
Before the world's biggest boy-band BTS hailing from South Korea took over the music industry internationally, artists like Big Bang, PSY, and Wonder Girls opened up the market for South Korean artists overseas. However, in recent times, netizens are baffled by the sudden surge in Kpop popularity in various countries. From musical charts to social media, one cannot escape Kpop content posted by artists and fans. The front runner of this phenomenon is the social media giant Twitter.

India among Top 10 countries on #KpopTwitter

Holding true to the notion 'Music has no language', South Korean boy-band Kpop has been dominating in several countries through their songs, content and interactions. Owing to their huge fandoms spread across the globe, the artists and fans come together on a platform on Twitter called #KpopTwitter to engage in discussions regarding the band. Engaging posts like announcements, discussions, comic posts and more are shared on this platform where artists are able to interact with them personally.

K-Pop fans in 🇸🇬 listen up 📢

We made the Top 20 list of countries with the highest K-Pop related Tweets! pic.twitter.com/gAB41UQ4A8

According to a demographic study by Twitter, India ranked 10th position on the chart depicting the countries engaging in Kpop content. Other countries listed on the chart are Japan (placing 9th), Mexico (placing 8th), Malaysia (placing 7th) and more. Topping the chart is Indonesia followed by the Philippines, Thailand, South Korea, the USA, and Brazil. Last year, BTS topped the list of top-streamed artists in 2020 on Spotify in India.

READ | How to vote for Kingdom MNET? Vote for your favourite KPOP band through these steps

The ardent fans of the boy band took to their social media to interact with the fandom or the artists on a personal level. The discussion is usually initiated after the release of a song, controversy, comebacks or debut of a new artist or group. In September 2020, #KpopTwitter completed its 10 years. A blog on Twitter revealed that there were 6.1 billion K-pop related tweets during the 12 months of the pandemic. However, a greater surge was recorded from June 2020 to June 2021 with over 7.5 billion tweets on the hashtag.

[ TOP 20 MOST MENTIONED K-POP ARTISTS IN THE WORLD ]

Similar to every country, the South Korean music industry produces many groups and artists in a year, but only a few manage to crack the international market and sustain their place on the top. Artists like BTS, BLACKPINK, NCT, Red Velvet and EXO are among the few dominating the musical charts overseas. In the recent survey, BTS topped the chart followed closely by NCT, BLACKPINK, EXO, Treasure and Tomorrow X Today. Other artists featured on the list are GOT7, Twice, Seventeen, Ateez, Stray Kidz and more.