Actor Jasmin Bhasin took to her Instagram to share a funny BTS video from the shooting of her upcoming music video, Tenu Yaad Karaan with Gurnazar Jasmin Bhasin uploaded a BTS video from her shoot of Tenu Yaad Karaan with Gurnazar Chattha. In the video, both the actors were seen cracking up amidst their shot thereby making it a blooper. In the caption of the video, Jasmin wrote, “Soo much fun this was!! BTS with @gurnazar_chattha.” Take a look at the post from Jasmin Bhasin's Instagram.

Gurnazar Chattha, who is also one of the singers of the song also had a laugh when he saw that Jasmin had posted this blooper. Singer Asees Kaur, who is the female vocalist for the song, also commented on Jasmin's video. Here are some of the comments from the post: 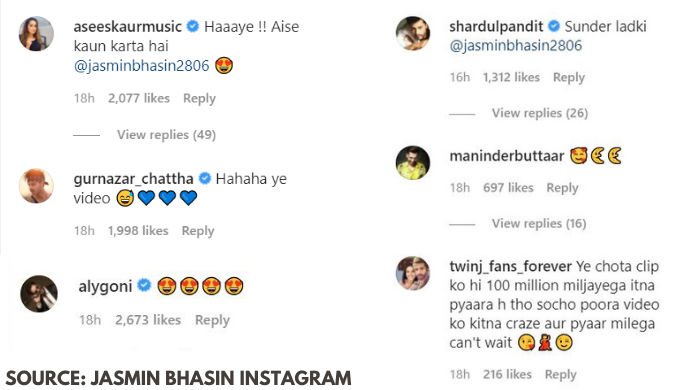