Kim Kardashian extended her support to ex-husband Kanye West by showing up at the listening party for his new album, DONDA. See the full article below - 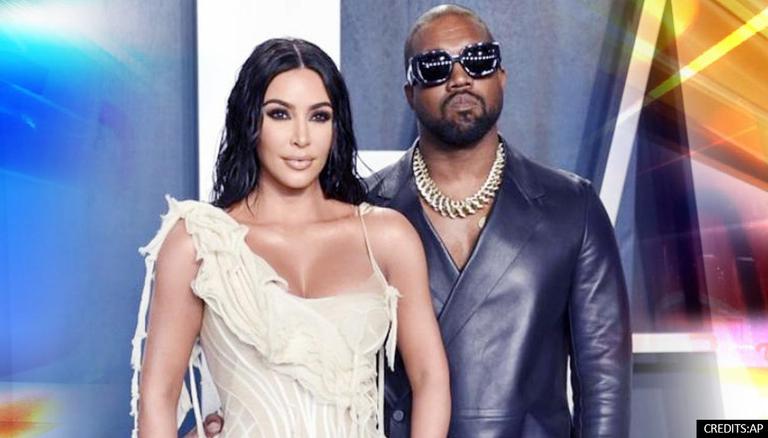 
Kim Kardashian showed her support for her ex-husband Kanye West by attending his celebration party at the Mercedes Benz Stadium in Atlanta, on July 22, which he held for the release of his 10th studio album, Donda. The businesswoman and reality tv star made a surprise appearance and joined him in the celebrations.

According to People Magazine, Kim and Kanye's children -- daughters North & Chicago and sons Saint & Psalm -- were also spotted at the occasion along with Kim's sister, Khloe Kardashian. The American socialite was seen wearing a red jumpsuit along with a pair of boots while Kanye donned a red snowsuit which he paired with Yeezy 1020 boots and a stocking-like mask over his face.

A post shared by #1 Fan Page for The Wests✨ (@kardashianwestobsessed)

A post shared by #1 Fan Page for The Wests✨ (@kardashianwestobsessed)

Kanye's listening party at the Mercedes Benz Stadium in Atlanta was attended by several other artists like Shaquille O'Neal, CeeLo Green, Big Boi, and Jadakiss. Kanye's new album, DONDA, is named after his late mother Donda West who passed away in 2007. This is the first album the rapper has released since his divorce with Kim in Feb 2021. You can check out more details about the new album, here.

About Kim and Kanye's relationship

In Feb 2021, Kim Kardashian filed for divorce from Kanye West after a year of ups and downs. According to People, a source close to Kim told the outlet at that time that she did not want the rapper out of their children's lives. The outlet also claims that the couple has since then kept a united front as "co-parents" and that they have been spending "some family time with the kids."

For Father's day 2021, Kim shared a post featuring her own father and included Kanye as well. She also included some other men from her inner circle who were fathers including --Caitlyn Jenner, Scott Disick, Tristan Thompson and Travis Scott. Kim shared the post with the caption, "Happy Father's Day to all the amazing dads in our lives! Love you unconditionally!!!"

Kanye West has reportedly been dating Irina Shayk since his split with Kardashian. The two were spotted vacationing in France a while ago, where the rapper also celebrated his birthday. Kim and Kanye were married for nearly seven years.

READ | Kanye West opens up about divorce from Kim Kardashian in new song; cries on stage in Vegas

WE RECOMMEND
Kanye West raps about 'losing' his family at listening party of 'Love Unconditionally'
Kanye West opens up about divorce from Kim Kardashian in new song; cries on stage in Vegas
Despite breakup rumours, Kanye West and Irina Shayk are still together
Kim Kardashian reveals which flower always reminds her of her father, Robert Kardashian
Kanye West is reportedly ‘loving the attention’ around him and rumoured beau Irina Shayk