Mötley Crüe's Vince Neil made headlines by performing his first on-stage solo since the pandemic started. The singer walked off the stage as his voice gave out. 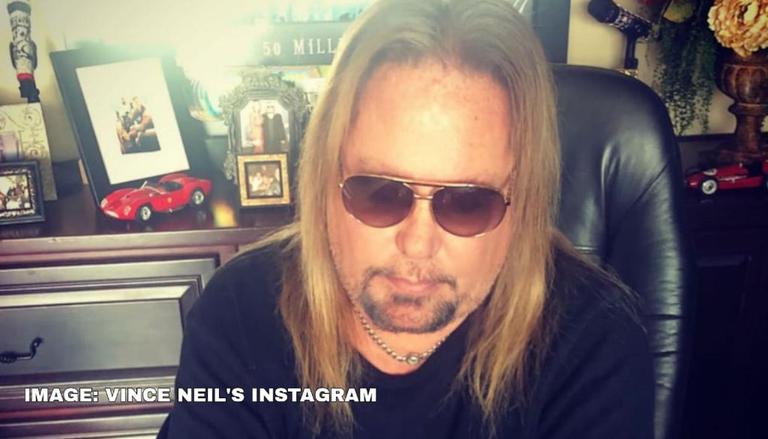 
Recently, Mötley Crüe's Vince Neil made headlines by performing his first on-stage solo since the COVID-19 pandemic started. The frontman and the rocker headlined the Boone River Valley Festival held in Iowa on May 29, 2021. According to Fox News, Vince Neil elected to wrap up the show on the 14th song after performing Mötley Crüe's classics and Dr. Feelgood.

However, Vince Neil began singing the Beatles' Helter Skelter, according to reports, the musician had initially forgotten the lyrics to the record. After Vince Neil's voice gave away, he tapped out due to his inability to carry the notes. Vince Neil stated, "I'm sorry, guys". The singer then lamented to the crowd during his Girls, Girls, Girls performance. The singer said, "It's been a long time playing. My f***ing voice is gone. We love you and we'll hopefully see you next time, man". The frontman then exited the stage while his band continued to jam out and sing its background vocals.

According to the outlet, Mötley Crüe, along with their fellow metal cronies, Def Leppard, Poison, Joan Jett, and the Blackhearts, is currently gearing up for a stadium tour which will be held in the summer of 2022 after postponing the tour due to the COVID-19 pandemic and its subsequent lockdown. The tour is slated to begin on June 19, 2021, in Nashville in Tenessee. It will be ending on September 12, 2021, in San Diego in California.

Furthermore, Vince is popular as the lead vocalist of a heavy metal band, Mötley Crüe. He has also released several songs as a solo artist. The list of popular Vince Neil's songs include You're Invited (But Your Friend Can't Come), Sister of Pain, Can't Have Your Cake, The Crawl, Promise Me, and Tattoos and Tequila, and others. Along with Mötley Crüe, he has released Too Fast for Love, Shout at the Devil, Theatre of Pain, Dr. Feelgood, Generation Swine, New Tattoo, and Saints of Los Angeles. However, Exposed, Carved in Stone, and Tattoos & Tequila are his solo albums.

READ | Lily James says, 'There is a lot to say' about those viral Dominic West kiss photos