Neha Kakkar has been sharing several reels with her husband Rohanpreet Singh getting creative with their latest track Khad Tainu Main Dassa. Earlier today, the Dilbar singer added an adorable touch to her new Instagram reel by grooving to the song with her niece Guddu and her sister Surbhi. Rohanpreet Singh also shared a similar reel on his Instagram handle dancing with Guddu and Surbhi Kakkar in his own style.

In the Instagram reel shared by Neha Kakkar on Thursday, May 20, they were all seen in ethnic avatars as they grooved to the song. The Tere Annkhon Mein singer wore a plain olive green kurta with dupatta and opted for minimal makeup. While they all rocked their outfits, they also nailed their dancing moves and the three ladies lip-synched the song Khad Tainu Main Dassa perfectly. Neha wrote in the caption tagging her sister and appreciating the dance performance of her adorable niece and wrote "#KhadTainuMainDassa Oye!!!! @surbhikakkar12 & #Guddu My Baby Killing It!!! #NehuPreet #NehaKakkar #ReelItFeelIt #PunjabiSong."

Among the first people to appreciate their dance moves was none other than Neha's husband and the track's singer Rohanpreet Singh. Taking to the comments section he wrote, "Woah.. Killing It! All Three of You!!! Nehu" along with the queen, red heart, hugging emoticons. Soon enough her followers also started to compliment her dance and many dropped fire emoticons in the comments.

READ | Neha Kakkar wishes her parents with a special post on their anniversary; view pics 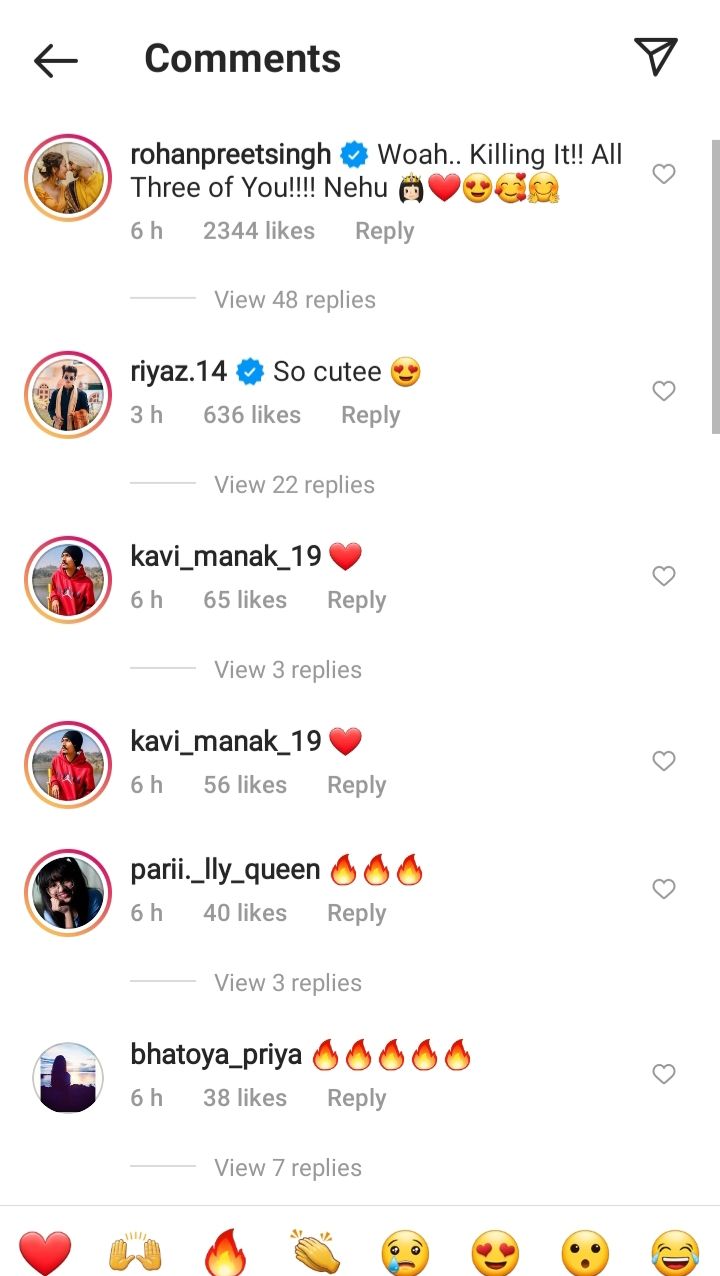 At the same time as Neha Kakkar's Instagram post, Rohanpreet Singh also added a dance video with his sister-in-law Surbhi and the little munchkin Guddu. They opted for a tad casual avatar compared to Neha's video. Surbhi was seen in a plain blue sari with chinakari print and Guddu was dolled up in a black blouse and pink lehenga. Rohanpreet was seen in a white tee and black pants and sported a printed black shirt over it.

They were seen singing the male section of Khad Tainu Main Dassa song. Rohanpreet added the touch of Punjabi dance moves while dancing with them. He wrote in the caption "#KhadTainuMainDassa with our Cutest #Guddu and Beautiful @surbhikakkar12 #NehuPreet #RohanpreetSingh #ReelItFeelIt #PunjabiSong". Neha Kakkar dropped a comment that said "Aree Aree itnaa Pyaara and guddu ko toh dekhooo" to which Rohanpreet replied "Mere Babu To Aur Bhi Pyara Hai!!". 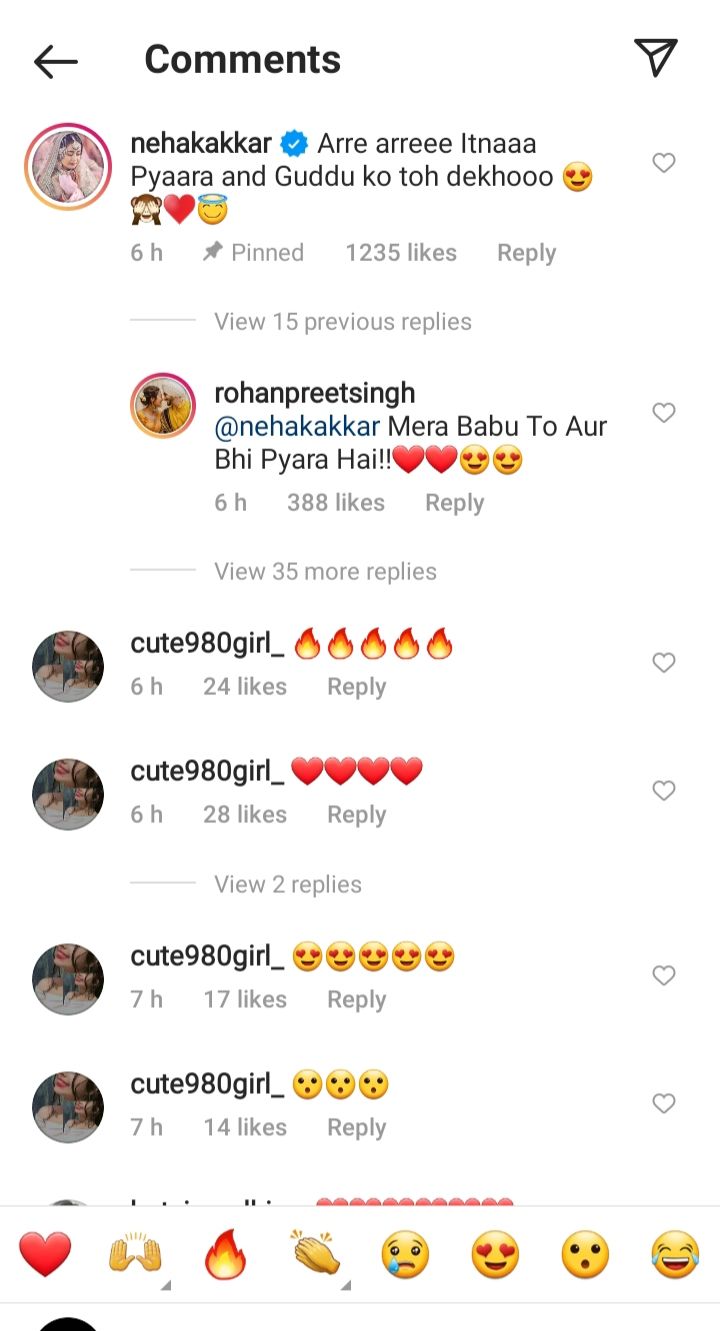