Rapper Nicki Minaj managed to get a hit single in 2021 even though the songstress has not released any new song since she dropped her album in 2018. Read on - 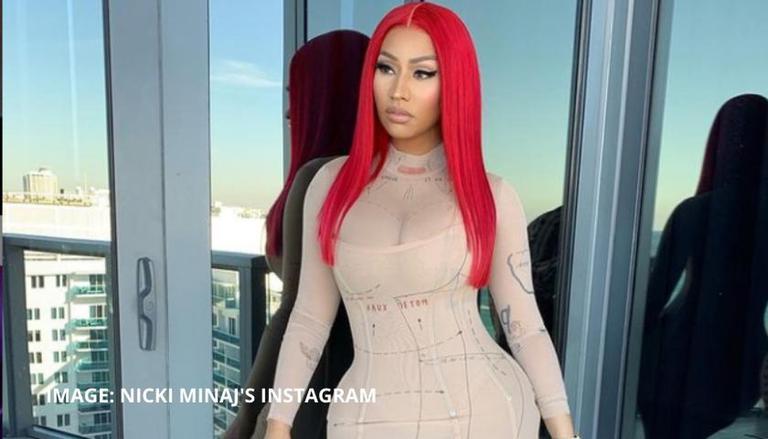 
Rapper Nicki Minaj has been absent from the music industry as she’s currently focused on her family and raising her newborn son with husband Kenneth Petty. But even if she’s out of the game at the time, the songstress' presence is so powerful that she still managed to get a hit single even when she’s not active.

Nicki Minaj manages to get hit a single in 2021

Besides a few guest features in 2020 and 2019, Nicki Minaj hasn’t released any solo music since her last studio album Queen in 2018. Nick Minaj’s loyal fan base called the Barbz got together and launched the “LLC Party” on Twitter which was meant to drive Nicki to release new music and show how her fans have the ultimate loyalty towards her. Eventually “LLC Party” became the No. 1 trending topic in the United States and worldwide with over 133,000 tweets. Due to this, Nicki Minaj's LLC song from her fourth studio album Queen grew to become the rapper’s best performing single of 2021 in a scarce time of over eight hours. In addition to this surprising achievement, the song also entered the Top 40 of the iTunes US Chart for the first time since its release three years ago.

#LLC by #NickiMinaj hits #1 on the US iTunes Hip-Hop/Rap chart... over TWO AND A HALF YEARS after its release!!! Congrats @NickiMinaj... and #BARBZ! pic.twitter.com/JjlW2YvjO0

PROUD TO BE IN THIS PART OF ULTRA MF FANBASE FORCE. BARBZ WE THE BEST. 😏🦄 Stream LLC, BUY IT AND PLAY IT 🦄
#NickiMinaj #LLCPARTY #barbz pic.twitter.com/IopGhosgM6

Nicki Minaj recently welcomed a baby boy with her husband Kenneth Petty. The rapper had shared the pictures of her son on her Instagram and gushed over her baby in her captions. The songstress in her captions had written that being a mother was the most fulfilling job she has ever taken and called all mothers superhero. Nicki had written, "#PapaBear thank you so very much for choosing me to be your mama. Wishing you guys a happy & prosperous New Year. Thank you for your love & support throughout this journey. It’s meant so much to me. Becoming a mom is by far the most fulfilling job I’ve ever taken on. Sending love to all the superhero mothers out there. Big hugs to all the women who have been pregnant during this challenging time."