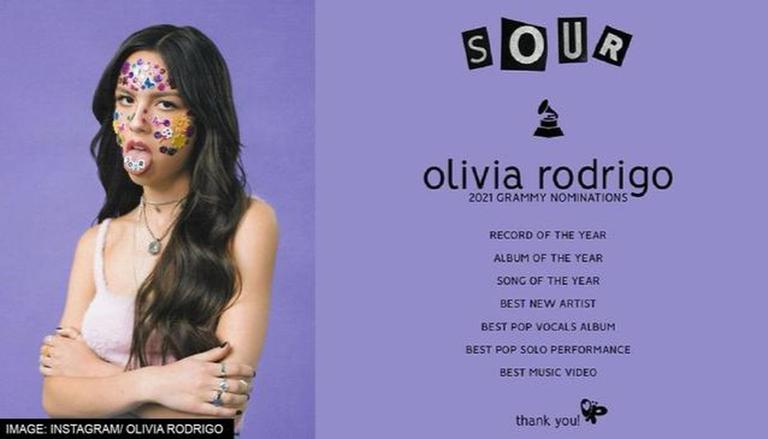 
Olivia Rodrigo recently rose to fame with her debut album Sour, which included hit numbers like Divers License, Happier, Deja Vu, Good 4 U, Favorite Crime and many more. The singer has now become the second-youngest singer to be nominated for the Grammy Awards in the Big Four category. Rodrigo bagged seven nominations in total and was 'beyond humbled' by the experience.

Rodrigo penned down songs for her debut album during the COVID pandemic. According to Variety, the artist wrote a song every day for four months. The Divers License singer told the publication that she loves songs that make listeners feel they have been transported to 'another world'. The singer wrote a lengthy note of gratitude after she received seven nominations and thanked her fans for all the love they have been showering on her.

Olivia Rodrigo mentioned that she has always been 'fascinated by the history' of the Grammy 2022 Awards. She shared an incident from the past about how she would walk outside the arena of the Staples Center, where the Grammys were held every year and look at the plaques with the winners' names on them. She wrote, "When I was younger, my family lived a few blocks from the staples centre, where the Grammys took place every year. I would always walk outside the arena and look at the plaques on the ground with all the winners' names in wide-eyed wonder. I went to the Grammy museum so many of my free weekends because I was so fascinated by the history of the show and all of the incredible musicians that made it up."

She also mentioned that his year has made several dreams come true for her, but this one was the 'most meaningful'. She was humbled by the experience and mentioned it was a day she would never forget. The singer wrote, "Many dreams have come true for me this year but this one is probably the most meaningful. thank you to everyone who has believed in me and supported the songs I write. and thank you to @recordingacademy for the recognition. I’m beyond humbled. truly a day I will never forget. so grateful."