After Dinosaurs A to Z, Pinkfong and NCT DREAM present their second project, Pinkfong's official animated music video for Hot Sauce which is being appreciated. 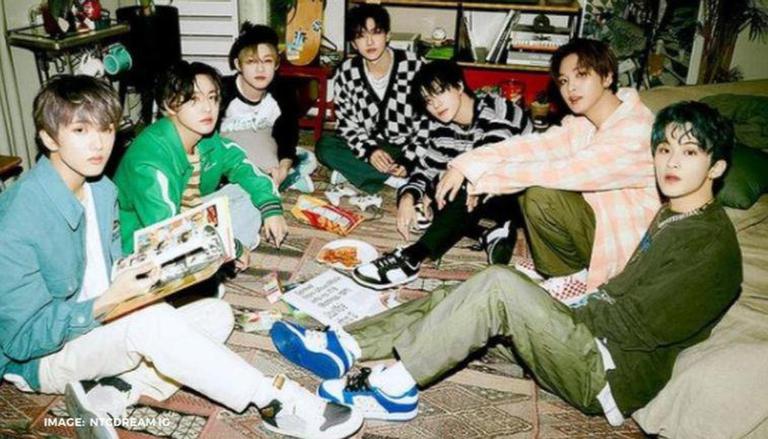 
On May 10 2021, NCT Dream returned with a fierce OT7 comeback. NCT Dream's Hot Sauce is the band's first complete record and their first reappearance as a whole group in five years. Fans loved Hot Sauce, and the band has already sold over 2 million albums, with their most recent comeback selling 2,040,360 copies in less than a month. The band is now going to collaborate with Pinkfong a second time to create the animated official video of Hot Sauce.

Pinkfong and NCT Dream have announced their latest collaboration, succeeding their cover of NCT Dream's Dinosaurs A to Z. The global entertainment business SmartStudy has joined forces with NCT Dream to make a Pinkfong rendition of Hot Sauce. On May 28th, 2021 at 7 p.m., Pinkfong, the renowned children's company behind the worldwide viral hit Baby Shark, will showcase an animated rendition of the song. In addition to the new song, the company has released a colourful animated music video showing NCT Dream's seven members and their journey through Pinkfong's dinosaur world.

After NCT Dream's rendition of Pinkfong's Dinosaurs A to Z, the Pinkfong variant of Hot Sauce was released. The video went viral almost quickly, garnering 10 million views on Youtube in two weeks and topped Twitter's Southeast Asia hot topics list on the day of its release. The members of NCT Dream remarked that it had been a true pleasure to work with Pinkfong and present a new version of Hot Sauce to the world. They expressed their hope that their fans would love the addition of the 3D dinosaurs to the existing 2D NCT Dream members. They were very optimistic about the endeavour.

READ | NCT Dream's new album to be out in April 2021; former member Mark makes a comeback

The boy band enjoys a loyal following both in Korea and all around the world and has always tried to release songs in both Korean and English. This will be the same case with Hot Sauce. Hot Sauce will be released in English and Korean simultaneously on Pinkfong’s English and Korean channels on YouTube. The video will be launched at 7 pm Korean time. It was further announced that merchandise on the collaboration would be made available to the public.

READ | NCT Dream and Pinkfong collaborate to create a kids song, 'Dinosaurs A to Z'

READ | NCT Dream spice it up with release of 'Hot Sauce' video as they showcase fiery dance moves
READ | What is NCT Hollywood? Is it different from NCT Dream? Read here to find out