Rapper Young Dolph, who is widely admired in the hip-hop community for his amazing songs, was shot and killed on November 17 inside a local cookie shop. 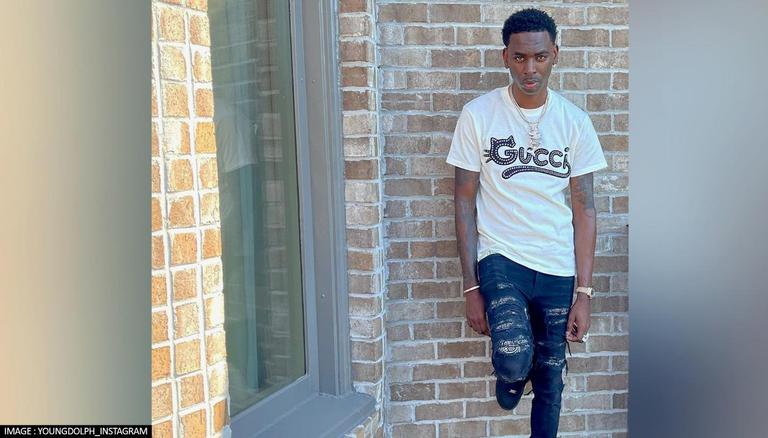 
Rapper Young Dolph, who is widely admired in the hip-hop community for his amazing songs, was shot and killed on November 17 inside a local cookie shop in his hometown of Memphis, Tennessee authorities said. Memphis Mayor Jim Strickland issued a statement regarding the incident and said, “The tragic shooting death of rap artist Young Dolph serves as another reminder of the pain that violent crime brings with it.”

The Daily Memphian cited rapper's cousin, Mareno Myers, saying that Young Dolph had been in town since Monday visiting an aunt who has cancer and was also giving out Thanksgiving turkeys. Myers also shared that the rapper was inside the cookie shop when somebody just rolled upon him and took his life. The Memphis Police Department issued a statement on Twitter while narrating the entire incident. "Chief CJ Davis is on the scene of the shooting in the 2300 block of Airways," the statement read.

Chief CJ Davis is on the scene of the shooting in the 2300 block of Airways. Please see the update below. pic.twitter.com/88vikuTOpP

Just last week, Makeda’s Cookies had posted a video on Instagram of the rapper promoting the store’s cookies, asking him to returns to the store whenever he is in Memphis. At a news conference on Wednesday evening, Memphis Police Director Cerelyn “CJ” Davis asked the public to remain calm and recommended that residents stay home tonight. She did not say if the police think that other shootings under investigation in the area on Wednesday were related to the rapper’s killing.

According to reports, a city council member called for a curfew post the tragic incident. Just like another rapper Nipsey Hussle who was killed in 2019, Dolph also pursued an independent approach to the music business. As soon as the news of the demise started surfacing on social media, several singers and fraternity members took to their respective social media handles to condole his death. “God bless Dolph,” tweeted Chance the Rapper. “Real independent Memphis rapper born in Chicago. loved by millions of ppl.” “R.I.P. to my friend Dolph this broke my heart,” Gucci Mane posted on Twitter.

R. I.P. to my friend Dolph this broke my heart

Rapper Young Dolph was born in Chicago as Adolph Thornton Jr. He then moved to Memphis when he was 2, according to The Commercial Appeal. He said in the documentary that he’d been raised by his grandmother and tried to help his parents “clean their life up” once he found success. He is been credited with some mind-blowing songs like Paper Route Campaign, King of Memphis, and more. He also collaborated on other mixtapes and albums with fellow rappers Key Glock, Megan Thee Stallion, T.I., Gucci Mane, 2 Chainz, and others.