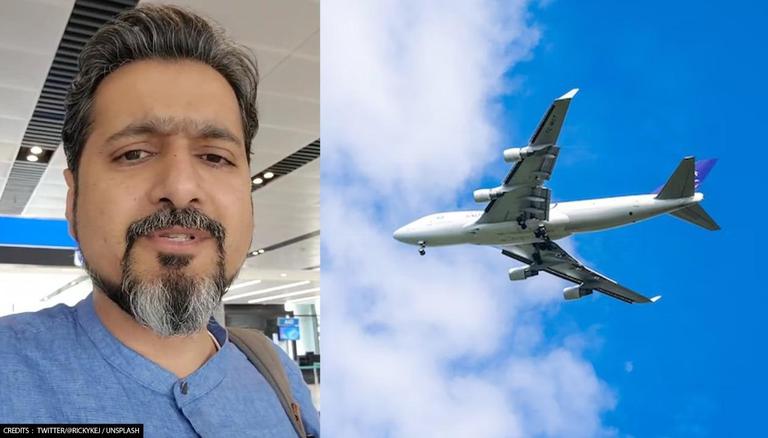 
Bengaluru-based music composer & Grammy Award winner Ricky Kej recently vented his anger at the Lufthansa airlines and Istanbul airport authorities after he was left stranded at the airport for more than 31 hours. The singer took to his Twitter handle and shared the ordeal with fans while calling out the airlines.

The singer explained that the Frankfurt to Bengaluru flight that he was traveling on had to land in Istanbul for a medical emergency. However, after the landing, the passengers were stranded at the airport without any explanation and were not even allotted lounges, hotels, or other facilities.

Disturbed by the behaviour of the airlines and the way 'Indian customers' were treated, an angry Kej shared his plight on Twitter and wrote, "Can't believe how @lufthansa takes Indian customers for granted. My Frankfurt-Blore flight landed last evening at 7 pm in Istanbul for a medical emergency. 17 hours later - no hotel, no staff, no explanation, 300 passengers stranded, no info whatsoever."

At the boarding gate. It says Currently Boarding.. and not a soul here.. hahaha.. this how messed up things are. This is the kind of negligence and complecensy that causes aviation disasters. @lufthansa pic.twitter.com/HsoMAiA5IV

In his follow-up tweet, Kej informed that despite waiting at the airport for 22 hours, there has been no prior information about the flight. He even shared how there have been no proper amenities provided by the flight company to the passengers. "22 hours now... Stranded at Istanbul airport. No hotel, and no proper info provided yet by @lufthansa. If it was a sector besides India, then @lufthansa would have never treated passengers in this way," he added.

All passengers been sitting down in the airport for over 17 hours. Almost no sleep.. with conflicting info as to when we will get to go home. No @lufthansa staff in sight.

He went on to say, "27 hours -still stranded in Istanbul Airport. @lufthansa airline obviously suffering from an existential Crisis. Being called Racist, complacent, incapable, indifferent, and evil, 380 passengers - mainly Indian, are treated as homeless. No hotel, no lounge, no access to luggage."

Following the backlash that the airlines received on social media, the company issued a statement where they explained how the oxygen cylinders that were used to treat the medical emergency had to be replaced before continuing the flight, and hence, it was diverted to Istanbul. "Lufthansa deeply regrets the circumstances and is doing everything to minimise the inconveniences for its passengers," it read.