Rihanna And ASAP Rocky 'doing Great' As Parents; 'Umbrella' Singer In 'awe' Of Her Son

According to reports, Rihanna and ASAP Rocky are slowly settling into parenthood, making adjustments as they strive to 'do great' in their new role. 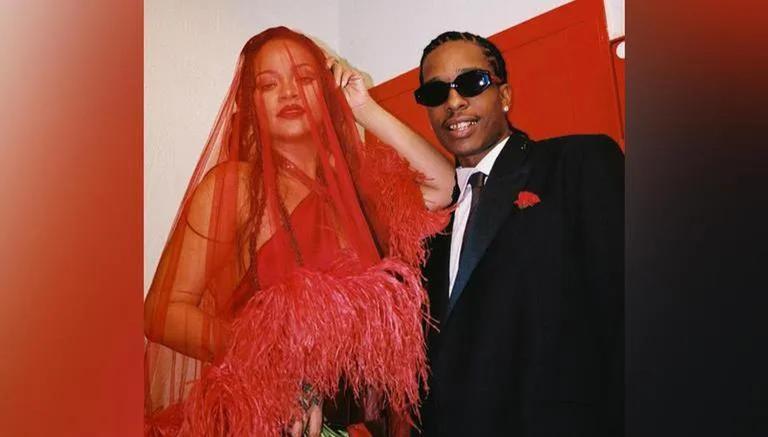 
Rihanna and ASAP Rocky are slowly settling into parenthood, making adjustments as they strive to 'do great' in their new role. According to PEOPLE, a source mentioned that the Diamonds hitmaker is in 'awe' of their healthy baby boy, and is loving every bit of motherhood.

"She really was so excited to be pregnant. She loved it. Meeting her son was of course extremely special too," the source stated. The source also reportedly revealed that the songstress 'barely leaves his side' and is proving to be a 'fantastic mom'.

Rihanna & ASAP Rocky are 'doing great' in their parental roles

Soaking in every bit of the new chapter of her life, Rihanna is in no rush to get back to work and "very much enjoys spending quiet time with her baby." Earlier, an insider told PEOPLE that the couple was in their Los Angeles home with the newborn. The singer wanted to give birth in LA as she has a sprawling property with a yard in the city and "enjoys sitting outside with her baby."

READ | Met Gala 2022: From Rihanna to Lady Gaga, the most memorable Met Gala moments in pics

For the uninitiated, the Grammy-winning artist made her pregnancy announcement back in January after she was spotted flaunting her baby bump in New York City. A source had then mentioned how Rihanna and Rocky were "over the moon" thinking about their family's newest member. "They're just like any other pair of parents-to-be. Yes, they happen to be famous but they're just the cutest, giddiest young couple that's expecting kids," the source mentioned.

Rihanna talks about being a protective mother

In a conversation with Elle, earlier this year, Rihanna spoke about her future as a 'protective' mother, stating that her parental style would be similar to that of Real Housewives of New Jersey's Teresa Giudice. "Teresa from Jersey does not play about her kids. She will flatten you about those kids," she mentioned and added how that's the kind of mom she's going to be. "Psycho about it," Rihanna added.

She went on to reveal that she's worse than Guidice and mentioned, "You talk about my kids, it's over." Throughout her pregnancy, Rihanna treated fashion enthusiasts with her impeccable maternity style as she often flaunted her bare baby bump.