Rolling Stones' rockstar Mick Jagger introduced a new member of his family. He could be seen sitting on his living room sofa holding his new cat.

Rolling Stones' rockstar Mick Jagger (77) recently gave a sneak peek of his living room in his recent post on social media. He introduced the new member of his family in his latest post. Mick Jagger's fans commented on his recent picture stating "Catisfaction!" and "Paint It Black".

Mick Jagger's latest post on social media showcased the 77-year-old with his cat named Nero. The black cat can be seen on Jagger's lap, as he poses for the picture. He is seen sitting on his floral sofa alongside his iconic Gibson acoustic guitar. He wrote in his caption saying, "Say hi to Nero, he’s a little camera shy #catsofinstagram."

Mick's son Lucas, commented saying. "I miss Nero and Gus". Fans also took to the comments section and shard some puns at the cat using Jagger's songs. The post has received over 155k likes, so far. Check out the picture below. 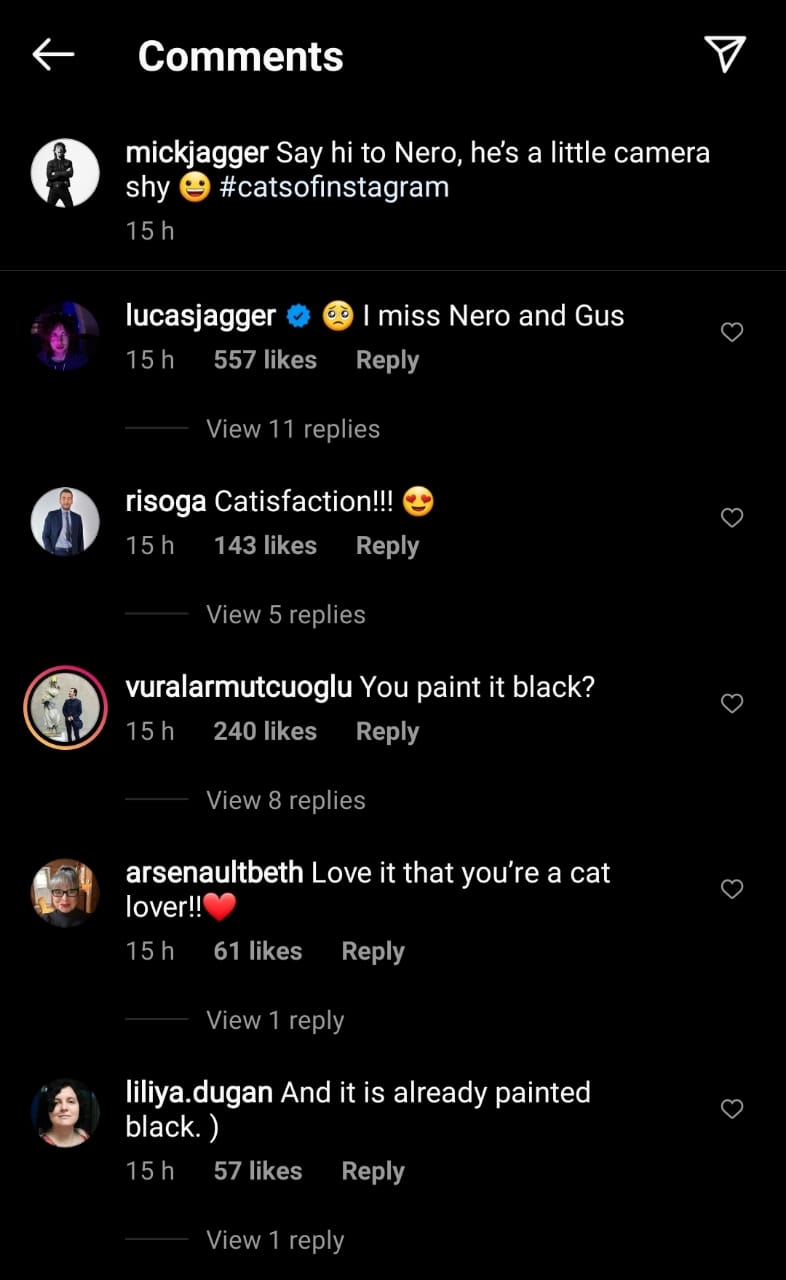 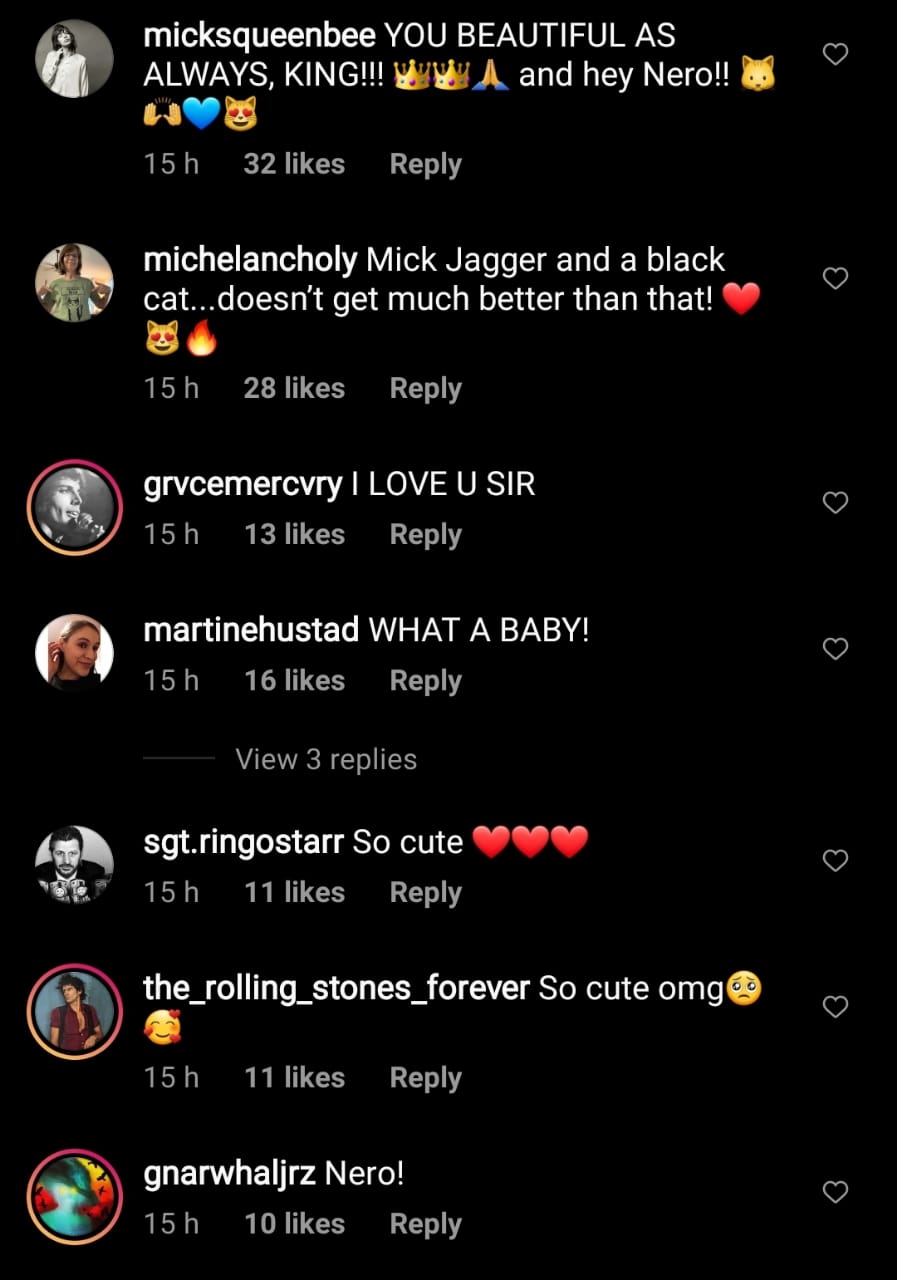 Mick Jagger was earlier in the news when he bought a property for $1.9 million for his girlfriend Melanie Hamrick, last Christmas, as reported in Dailymail. The 4-bedroom Florida home sits on a property area spanning a third of an acre in the Lakewood Ranch planned community. According to the real estate firm Michael Saunders & Company who sold the home, the property is situated next to a lake. Melanie and Mick Jagger have been together since 2014 and are parents to a four-year-old son.

The big and lavish house is located in the Sarasota-Manatee region, according to Michael Saunders and Company. The house is extremely spacious with 8,394 square feet under the roof and 5,726 square feet of living or business space. It has been revealed that the house was bought under Melanie Hamrick’s name. Apart from being Mick Jagger’s girlfriend, Melanie Hamrick is also a popular ballet dancer. The previous owners who sold this house to the celebrity couple are Ray and Loretta Harris, who had bought the house in 2010 for $1.2 million, according to Manatee County records.