Shakira & Gerard Pique Broke Up Not Due To Alleged Infidelity But Financial Issues: Report

Days after Shakira and Gerard Pique's split, a report claimed that the duo didn't break up due to alleged infidelity, but because of monetary issues. 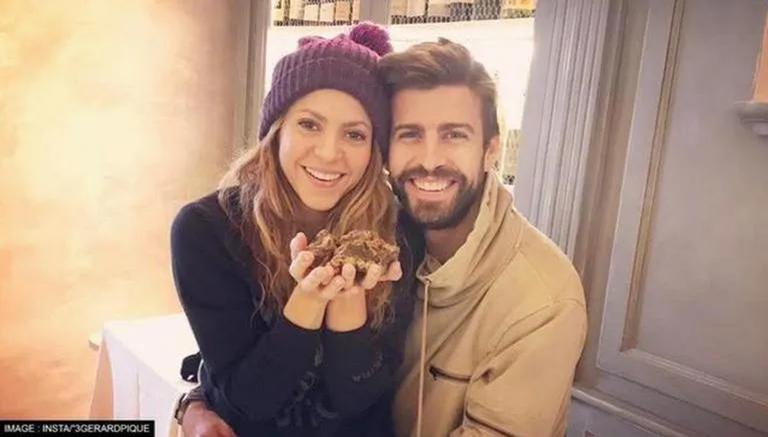 
Amid the allegations of infidelity, Shakira parted ways with her longtime boyfriend and FC Barcelona star Gerard Pique, bringing an end to their 11-year-long relationship. As per a recent development, a report claimed that the duo didn't break up due to alleged infidelity, but because of monetary issues. A source close to the couple disclosed that the Hips Don't Lie star and the Spanish footballer had issues during the last few months of their relationship.

Shakira & Gerard Pique broke up not due to alleged infidelity: Report

As per a report in Geo News, Roberto Garcia, an ex-boyfriend of one of Shakira's sisters, spilt the beans about Shakira's split with Gerard Pique. Garcia said,

"According to what a person very close to them has told me, there has been an economic problem between the two. Supposedly, Piqué would have asked Shakira for money for an investment issue and the singer's family has refused to give it to him. They don't mix their money and they keep the family economy at 50%."

It is however pertinent to note that no official confirmation was made by either Shakira or Gerard regarding the reason for parting ways.

On June 4, Shakira released an official confirmation via her publicist that she will be parting ways with her longtime boyfriend Gerard Pique. "We regret to confirm that we are parting ways. For the well-being of our children, who are our highest priority, we ask that you respect their privacy. Thank you for your understanding," the statement read.

The announcement came after a report in El Periodico claimed that Pique was involved in adultery.

The Waka Waka hitmaker has been facing difficulties following her separation from soccer player Gerard Pique. Recently, she was being harassed and stalked, with reports suggesting that several 'suspicious' men are hanging around her residence.

READ | Shakira tells fans she's okay after being seen in Ambulance; 'Getting a lot of concern..'

According to Marca, Shakira has received harassing letters at her residence in Barcelona, with fans begging to marry her. Her family, including her brother Tonino Mebarak, also reached out to the police and reported the same.

According to Cheat Sheet,  the suspicious entity wrote, "I love you, beautiful woman. I’m coming for you, my love. I am ready to marry you right now." This comes days after the Spanish footballer denied Shakira to assume custody of their children, Milan and Sasha, to Miami for the summer holidays.