'Sherdil': Pankaj Tripathi-starrer New Song Crooned By Late KK To Be Unveiled On THIS Date

Pankaj Tripathi is currently gearing up for the release of his upcoming project 'Sherdil,' which will get its theatrical release on June 24, 2022. 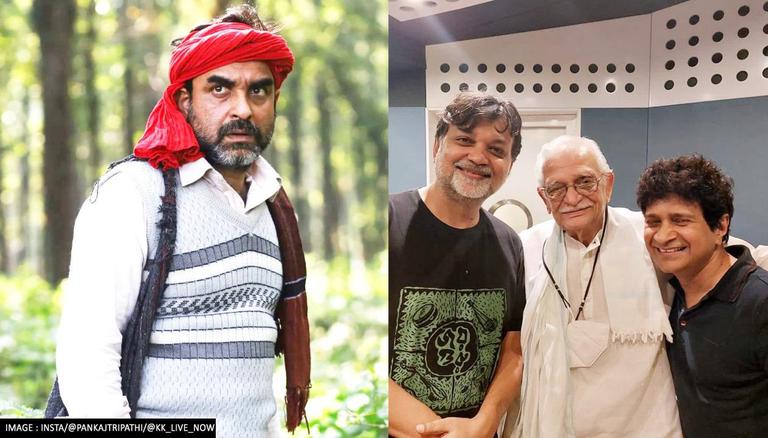 
Popular actor Pankaj Tripathi is currently gearing up for the release of his upcoming project Sherdil, which will get its theatrical release on June 24, 2022. The makers of the film will soon release a song from the movie, titled Dhoop Paani Bahne De, which was crooned by the late star KK. The popular singer breathed his last after a recent performance in Kolkata and the news sent shockwaves throughout the country.

Sherdil makers to release KK song after his demise

Industry tracker Taran Adarsh shared the news online as he announced that the makers of the upcoming Pankaj Tripathi-starrer will release the song Dhoop Paani Bahne De from the film, which was sung by the late singer, KK. The song was composed by Shantanu Moitra, while the lyrics were penned by veteran lyricist Gulzar, and fans can't wait for the track to be unveiled on May 6, 2022.

‘SHERDIL’: KK SONG OUT TOMORROW... #TSeries and #RelianceEntertainment will unveil #DhoopPaaniBahneDe - the song sung by #KK, penned by #Gulzar and composed by #ShantanuMoitra - from #Sherdil tomorrow. pic.twitter.com/SaP7frvJ8O

It was on April 12, 2022, that KK took to his social media account to announce that he was joining hands with Gulzar and Shantanu Moitra for a song in Sherdil. He called it a 'beautiful song'  and recalled that he and Moitra used to work together on multiple occasions in Delhi. He also thanked the team for putting their faith in him and mentioned that he loved the song. He shared glimpses from the team's time together in the studio and wrote, "Had an amazing time yesterday!! Sang a beautiful song for my old friend @moitrashantanu ( we made music together, back in the day in Delhi ) written by another old friend, the amazing Gulzar Saab. For a new friend @srijitmukherji, his film “ Sherdil “.Thank you so much for your faith in me. Love the song."

Popular Bollywood singer, KK, known for his tracks including Dil Ibaadat, Khuda Jaane, Alvida breathed his last after a performance on May 31, 2022. He was performing at the Nazrul Mancha auditorium in Kolkata and was rushed to CMRI hospital. However, he was declared dead on arrival and several fans and celebrities from the industry bid him goodbye and mourned his untimely loss.

READ | Shankar Mahadevan reflects on how his association with KK goes way back; 'We were buddies'