As the news of KK's death left everyone in grief, Chief Minister of West Bengal Mamata Banerjee announced Gun Salute for the singer by the state government. 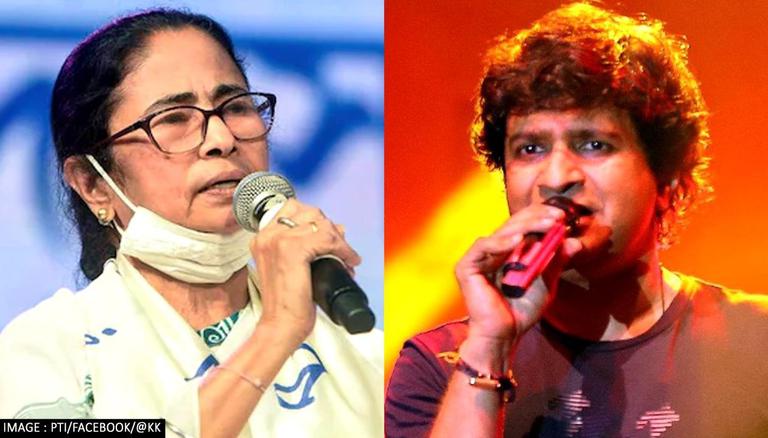 
Singer Krishnakumar Kunnath, widely known by his stage name KK, passed away on Tuesday, May 31, and the news left his fans as well as fellow colleagues from the entertainment industry shocked. The musician reportedly fell ill while performing at a Gurudas College event in the Kolkata's Nazrul Mancha following which he was rushed to CMRI hospital, where he was declared dead on arrival.

In the recent development pertaining to his demise, sources informed Republic Media Network that an 'unnatural death' case has been registered in Kolkata. Singer KK's postmortem procedure to be recorded, sources tell Republic as his mortal remains arrive at SSKM hospital in Kolkata

On the other hand, as the Chief Minister of West Bengal Mamata Banerjee condoled the demise of the singer via her Twitter handler, she recently announced that the state government will pay tribute to the singer with a gun salute.

The West Bengal CM has also stated that KK’s mortal remains will be taken to Rabindra Sadan for public homage where he will receive gun salutes.

READ | KK no more: Throwback to when Kapil Sharma engaged in fun banter with late singer

Kolkata | Gun salute will not be given at the airport, it will be given in Rabindra Sadan as the postmortem is still going on. We have consulted with the family, they have a 5.15 pm flight so we will pay respect there: West Bengal CM Mamata Banerjee on the demise of singer #KK pic.twitter.com/Vv1a7vxESf

While the fans await more updates on the postmortem report, funeral, last rites and more of KK, Republic Media Network learnt that the Chief Minister of West Bengal Mamata Banerjee paid tribute to the singer by announcing that he will be honoured with a gun salute by the state government.

Moreover, The West Bengal CM earlier took to her official Twitter handle and condoled the untimely demise of renowned playback singer Krishnakumar Kunnath, popularly known as KK. “The sudden and untimely demise of the Bollywood playback singer KK shocks and saddens us. My colleagues have been working from last night to ensure that all requisite support is given for necessary formalities, his rites and to his family now,” West Bengal Chief Minister Mamata Banerjee said in a tweet, expressing deep condolences to the musician's family and fans across the world.

The sudden and untimely demise of the Bollywood playback singer KK shocks and saddens us. My colleagues have been working from last night to ensure that all requisite support is given for necessary formalities, his rites and to his family now. My deep condolences.

KK's sudden death has saddened all his fans all across the country and they have taken to their social media handles to pay homage to the departed soul. KK was the country's most versatile vocalist and has recorded songs in multiple languages, including Hindi, Tamil, Telegu, Kannada, and Bengali.