Song Joong-Ki featured in Heize's latest music video titled Happen and fans cannot their excitement over it. Scroll to see the video and read its review. 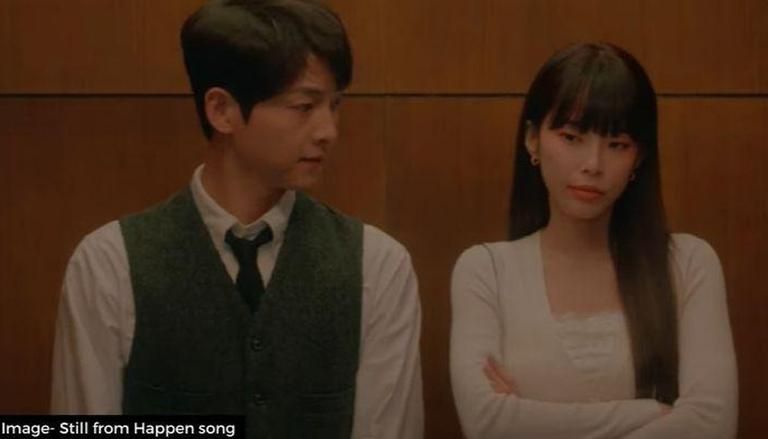 
South Korean singer Jang Da-hye, popularly known by her stage name Heize has taken social media by storm with her latest single Happen. Heize's Happen released on May 20 after the singer teased her fans with several sneak peeks about it on her social media. Fans have showered a lot of love on it. It is her 7th mini album. What surprised them more was Vincenzo star Song Joong-Ki's appearance in it. Netizens thronged to Twitter to express their excitement and their thoughts about the song.

The 35-year-old actor has his fans squealing with his appearance in this romantic track. He is seen donning crisp suits to casual teeshirts that have the audience swooning over him. Many have Tweeted that the video gave them Vincenzo Cassano vibes while many others could not stop gushing over their chemistry in the song. The sly hide and seek that fate plays with them before they meet is too heartwarming to watch. See their tweets and reactions below.

i just watched a whole kdrama ‘happen’ before my eyes. also song joon ki looks so good in the mv! #HAPPEN pic.twitter.com/2hjPSdkp3i

I'M HAPPY THAT AT LEAST THE OTHER MOVIE HAD A HAPPY ENDING 😭😭😭😭#Vincenzo #HAPPEN pic.twitter.com/AGRLM5dz68

Fans also have shared their thoughts about the music video by commenting on it. One of them wrote that Heize's voice and the emotion she shook them while another quoted Vincenzo's dialogue as well. See their reaction below. 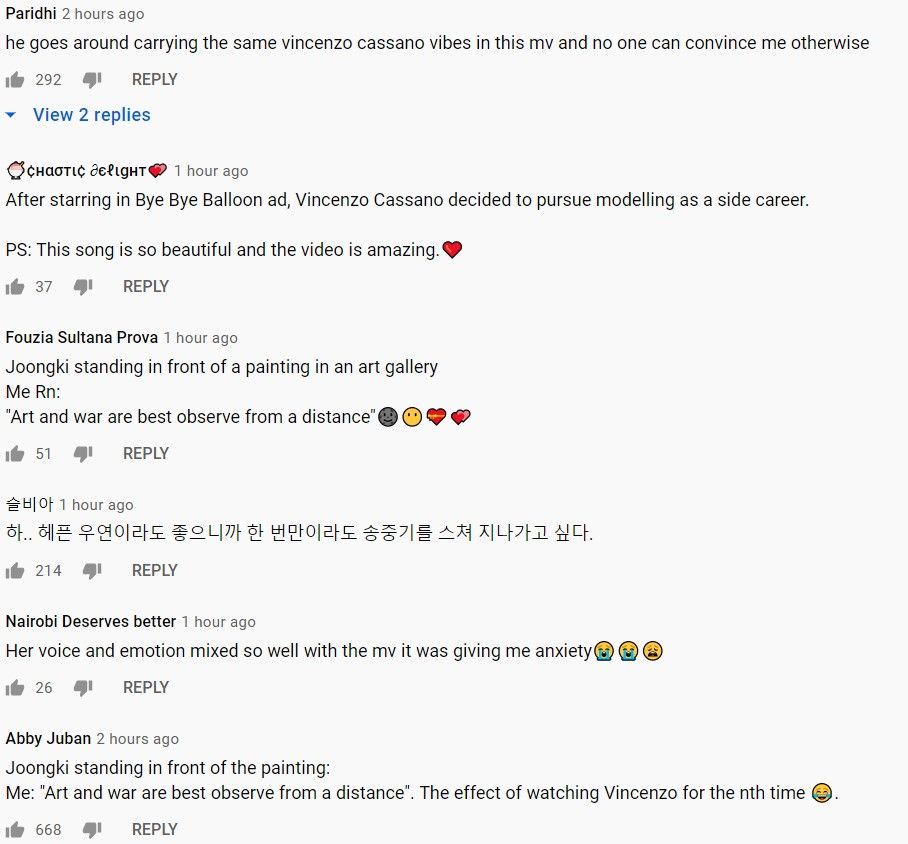 The video starts with a quote from both Song Joong-Ki and Heize who say that their meeting does seem a coincidence. Both of them live in the same building, on the same floor. But surprisingly have never interacted with each other. They are seen ignoring each other even when they cross paths. But one day, their coffee cups get exchanged at the cafe and it is quite late till they realise it.

The video is visually quite pleasant to watch as pastel colours pop on the screen. Heize croons that she feels she has seen Song Joong-Ki somewhere and all this is too good to be a mere coincidence. A heartbreaking moment in the video is when both are standing in an art gallery admiring pictures all around. It appears as if a familiarisation strikes in Song's eyes when he sees Heize and starts walking towards her. But just as he nears her, he passes by her, not recognising her at all. Heize's soulful voice makes one reminisces about their first crush.