Here is a list of the top 10 episodes of 'Run BTS' which are a must-watch for all K-Pop lovers. So, dive into the fun with the boys in these hilarious episodes. 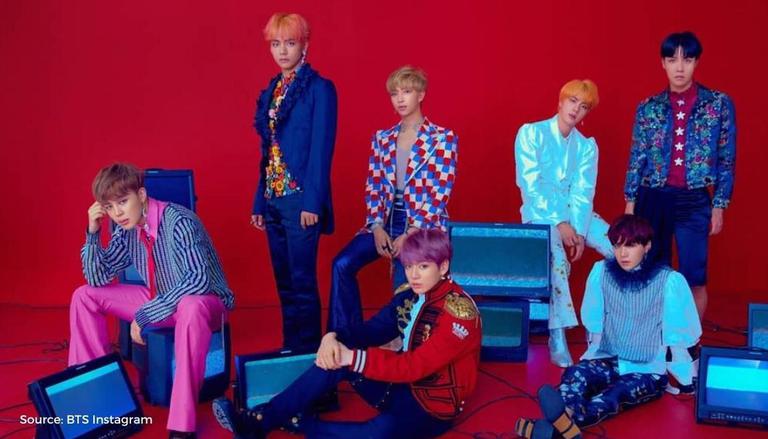 
Bangtan Boys also known as BTS are very popular around the world for their incredible music and impeccable style. BTS’s Run! BTS is a variety show where the members of the group, RM, Suga, Jin, V, Jimin, Jungkook and J-Hope, do funny and creative activities together and live stream it for their audience. Run! BTS premiered in 2015 and has over 100 episodes but there are some episodes that everyone should watch as they are just hilarious and memorable in every way. If you are new to BTS’s ARMY, dive into the list and get to know the best 10 Run! BTS episodes.

The one where BTS faces a Zombie apocalypse is one of the most-watched episodes of the variety show Run! BTS. The boys are divided into 3 groups and each pair has to solve puzzles in order to escape from the haunted house. With J-Hope and Jimin screaming their heads off and V and Jungkook laughing on the faces of the zombies, this episode is surely one of the most hilarious ones among all.

In one of the episodes, all the BTS members are taken to the amusement park and they play games while riding the exciting rides in the park. Like always, J-Hope and Jimin’s scared faces during the pirate ship ride produced most of the hilarious scenes in the episode.

This is one of the older episodes of the series when the Bangtan Boys recreated many old variety shows. They get dressed in Retro outfits and do everything that old variety shows were made of. From silly games to trivia questions, from dancing to singing children’s songs, this episode is pure entertainment.

The handsome boys put their own spin on the concept of Pajama Party and showed up in comfortable athleisure clothes for this episode. From simply chilling with each other to playing fun games, this episode was full of funny and exciting moments. This was for sure one of the coolest Pajama Parties that we have ever seen.

The episode where the boys were supposed to protect the BTS village was an upgraded version of the popular Korean game called Mafia. While Jungkook, Jin RM, and J-Hope acted as the citizens of the town, V, Suga, and Jimin took up the roles of Mafias. The hilarious ways they deceived each other will definitely have you roll on the floor laughing.

In one of the episodes, BTS enjoyed the summer vibes in Gapyeong, which is known as a popular summer vacation destination. They enjoyed the vacation spot with fun water games and playful interactions. The best part of the episode was when the members kept falling on top of each other due to the slippery surface.

The ARMYs were in for a fun episode when the boys decided to go for a picnic day. It is one of the most viewed episodes and is a memorable one because of the fun and hilarious moments that the fans enjoyed with the members of BTS. From foot volleyball to badminton, the boys just spent the day doing silly activities which are quite common among the BTS boys.

BTS boys are known around the world for their wonderful vocals and outstanding dancing skills. But if they are given the liberty to sing according to their mood and if they are given access to Karaoke, all hell breaks loose. From shrill high notes to crazy dancing, from hilarious wigs to cute steps, you will find everything in this one episode. If you want to see the crazy side of BTS, do watch this one.

BTS and backstabbing each other during games is a quite common scenario among the boys. In one of the episodes, the boys are lefts in an empty shopping mall and they go on a scavenger hunt there. From cheating on each other to lying in order to win the game, the boys brought the worst in them and yet left us all laughing and enjoying their mad fun.

BTS and the 100th Episode

For the 100th episode of the series, the boys were asked to revisit some old activities they have done together and the viewers were definitely in for a treat. This episode was a compilation of all the fun activities they have done together in Run! BTS and was also a compilation of all the fun the viewers had while watching the show. This one is a must-watch!