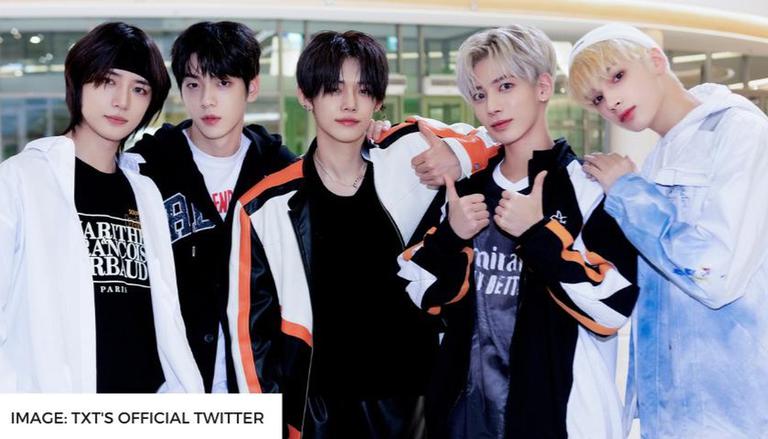 
Fourth Generation K-Pop boy group TXT released their second full-length album The Chaos Chapter: Freeze on May 31, 2021. The lead single is 0X1=Lovesong (I Know I Love You) featuring singer Seori. This latest studio album is the group's second release of 2021 after their debut Japanese studio album Still Dreaming featuring the single Force. The group has also sung the soundtrack Love Sight for the drama Doom At Your Service which was released on May 7, 2021.

The quintet released the music video for their latest EP's title track 0X1=Lovesong (I Know I Love You). The music video features a quote by Kang Yoo Jeong. The quote is picked up from "An Excellent Metaphor For A Hole In Life, Manhole". The quote speaks about a hole that is creating in one's life growing up and how for some people that hole often invades their lives and takes a complex shape.

Before the first chorus, the music video shows two narratives - one where the quintet is singing and dancing; and the other where they are on a road trip and spot a fish in the sky. Singer Seori joins the vocals in the chorus. Next, we see the members playing around an inflatable swimming pool. The dual narrative runs throughout the music video. The members are in coordinating black and white outfits when they are dancing to the song and otherwise they are seen in colourful outfits when they are on their road trip or by the pool.

Yeonjun is sitting in his room when he spots a Betta fish which is also known as a Siamese fighting fish. The emergence of the said fish in the music video can be a hint to the members' ability to fight. The music video follows the patterns of the group's previous releases that present a story in the music video and drop hints all over the picture. The cast on Taehyun's hand that reads "Lover/Loser" is a direct nod to Eddie from the horror movie IT.

READ | TXT says BTS bought them pizza after they introduced themselves, read here

The music video ends on a cliffhanger as the Soobin wakes up alone in the lot where he and the other members had set their car on fire accidentally. He looks around and finds the car in its original form and no other members in sight. The music video can be called a dream of Yeonjun where he reminisces the fun times he had with his friends. The song is itself replete with powerful beats that bring out the emotions in the lyrics. The rock-themed song plays on the members' vocal strengths and presents an enigmatic experience for the audience. BTS' RM also participated in writing lyrics for the song. The title 0X1=Lovesong is a play at the meaning that a girl met a boy who has nothing to offer. The boy fell in love with the girl and it gave rise to their lovesong.