TXT's New Track 'I Know I Love You' Garners Major Love, Fans Say They Are 'obsessed'

TXT recently released their new album titled 'The Chaos Chapter: Freeze' on May 31. Read on to know how netizens reacted to their album's title track. 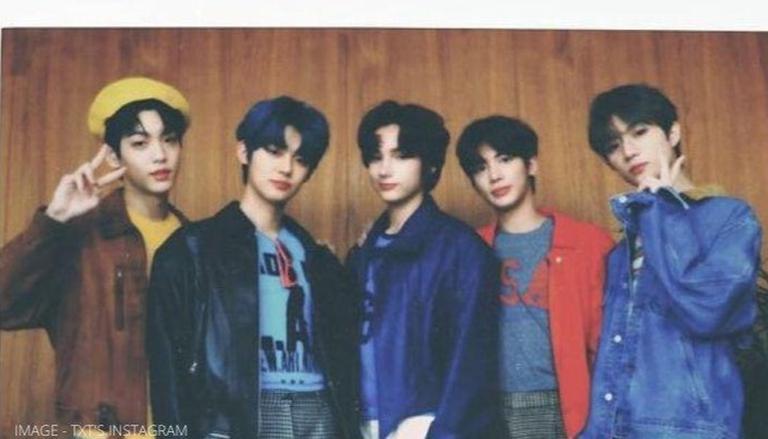 
Tomorrow X Together, better known as TXT is a South Korean boy band, that recently released their second full-length album titled The Chaos Chapter: Freeze on May 31, 2021. The lead single of the album, 0X1=Lovesong, I Know I Love You featuring Seori has garnered major love from the listeners. Here's how the netizens reacted to TXT's new song I Know I Love You.

Netizens react to I Know I Love You song

The South Korean quintet released the music video for their latest EP's title track 0X1=Lovesong, I Know I Love You recently and it has already garnered close to 10 million views within just 24 hours. The new track also features Lovers In The Night singer Seori joining the band. The music video features a quote by Kang Yoo Jeong, about a hole that is creating in one's life growing up and how for some people that hole often invades their lives and takes a complex shape.

The South Korean band, formed by Big Hit Music has five members including Soobin, Yeonjun, Beomgyu, Taehyun, and HueningKai. A lot of TXT's fans took to their social media handle and showered love on their new album. While one Twitter user shared her 'I Know I Love You' inspired make-up, another one stated that TXT's Freeze album made her dance after so long. Here are a few tweets about how fans are reacting to TXT's new album.

I haven’t danced in front of a camera in a while so this is gross and ugleeee but txt made me do it! I swear this song and dance have crack in them!😭😭#txt #TXT_FREEZE @TXT_members @TXT_bighit pic.twitter.com/NYrhCu6DdZ

TXT - 0X1=LOVESONG (I KNOW I LOVE YOU) INSPIRED MAKEUP

I Know I Love You surely brings back memories I dont want to remember. Like "Ahhh, im thankful i overcame that. I made it this far." Not in a sense of love song but more like life song. SOTY 💙 #TXT #TOMORROW_X_TOGETHER #투모로우바이투게더 #0X1LOVESONG

NO RULES REALLY SLAPS SO HARD MAN... LIKE WHAT DID THEY PUT IN THEIR SONGS?? I CAN'T GET TIRED LISTENING TO THEM ON REPEAT??? THIS ALBUM REALLY HITS HARDDD😍😍🔥🔥😭😭😭#TXT #TOMORROW_X_TOGETHER #TXT_FREEZE

The Freeze album's title track, 0x1 Love Song is the unequivocal declaration of a boy's first love. It expresses his certainty in the love he feels for 'you' who came into his world filled with chaos. The track is said to be using numbers to visually represent his world of zero (0), and 'you' are my one (1) and only. The other songs that are a part of this album are Anti-Romantic, 0x1=Love Song, Magic, Minor Evil, Balance Game, No Rules, Dear Sputnik, and Frost. The songs are expected to cover various different genres with many collaborations on board. The new album will also feature TXT's first English track titled Magic.