When Harry Styles Performed In Front Of His Three Former Girlfriends! Read More

Here is a throwback to the time when singer Harry Styles had performed in front of his three ex-girlfriends a few years back! Read on to know more. 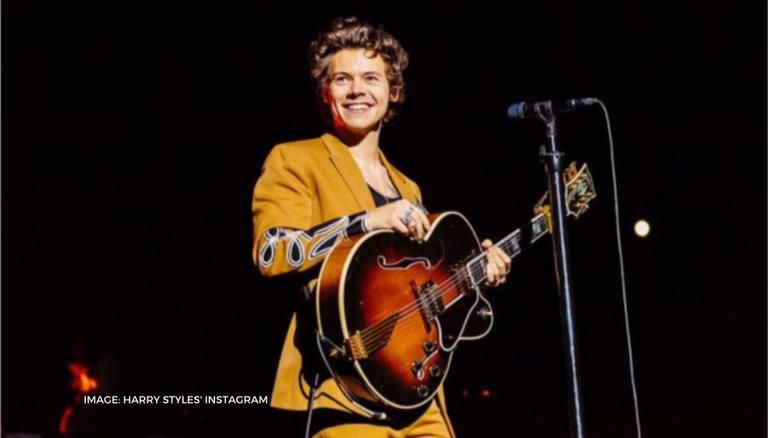 
Harry Styles has become one of the most popular music icons in the last few years, whose dating life has been highly speculated in the entertainment industry as well. The singer has been linked with a number of other celebrities in the past. While Harry himself has been less vocal about his own relationships, a few years back, he had performed in the presence of three of his exes. Following is the event where the said performance had taken place, along with more details about the exes who were present there.

When Harry Styles performed in the presence of his exes

The singer’s said performance dates back to 2017, when he had made an appearance in Victoria’s Secret Fashion. Harry performed on stage during the event in front of three of his former girlfriends – Sara Sampaio, Georgie Flower and Nadine Leopold. As per a report from Daily Mail, all the three of them are professional models who had walked on the ramp while the singer performed. While the situation may have been awkward for all of them, it has been revealed that the One Direction star kept his cool and did not let their presence distract him.

However, the unusual presence of Harry’s three former partners during his performance was observed by several netizens, who posted all kinds of reactions on the matter. While most of them called the situation awkward, a few of them even made sarcastic remarks about the event being a 'cute little reunion' for all of them. While none of the parties involved have said anything on this matter, this moment is remembered by many of his fans years after it took place.

So @Harry_Styles is gonna be performing in front of 3 of his exes at @VictoriasSecret tonight... #Awks pic.twitter.com/fO2kgW6PYT

@Harry_Styles performing at the Victoria’s Secret fashion show is gonna be like a cute little reunion with all of his exes. Lol haha pic.twitter.com/aZYzjEzm1k

Harry Styles had begun his music career at a very young age after becoming a member of One Direction. While he has been an active member of the popular band, he has also been parallelly building his music career as a solo artist. He has released a total of two solo albums to date, titled Harry Styles and Fine Line. He had also made his acting debut in the 2017 film Dunkirk, and will be next seen in Don't Worry Darling.