Nimrat Khaira has been a busy bee on social media, the singer/ actress even shared a post recreating a song from 'Udta Punjab' sung by her co-star, Diljit - 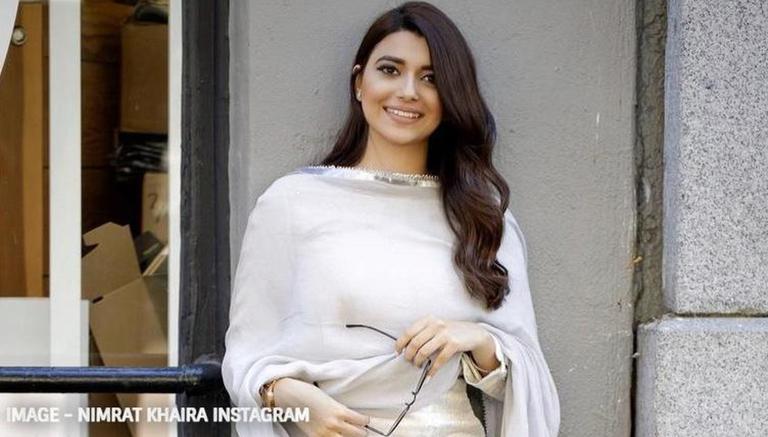 In Nimrat's video, the Baddlan De Kaalje singer can be seen wearing an orange salwar kurta with a dupatta covering her head. She can be seen posing candidly for the camera in what looks like a field of wheat. Nimrat looks quite happy in the video as several shots of her in the aforementioned field go in and out, while Ikk Kudi, plays in the background. Take a look at Nimrat Khaira's Instagram video from April, 2021 below -

Nimrat Khaira often dresses up in casual traditional Punjabi attire for her social media posts. However, the songstress has often shown a fixation for dressing up in beautiful Bridal and traditional lehengas sometimes for photoshoots, other times for fun. The Lehenga singer, just last week posed in a turquoise and gold bridal embellished lehenga with heavy jewellery, looking absolutely stunning. Take a look -

On the work front, Nimrat Khaira, is all set to appear in two upcoming Punjabi films. The singer turned actress will next be seen in the upcoming Punjabi language romantic-comedy period film Jodi, in which she will be starring in the lead role along with Punjabi singer and actor Diljit Dosanjh. The film was scheduled for a 2020 release; however, like most others, it was delayed due to the COVID-19 pandemic. The film has now been scheduled for a release on June 24, 2021.

READ | Nimrat Khaira: All you need to know about the super talented Punjabi singer and actor

Nimrat Khaira will also be seen next in another upcoming Punjabi language film called Saunkan Saunkne. The actress will be co-starring with actors Ammy Virk and Sargun Mehta in the new project. Saunkan Saunkne is also slated for a 2021 release. Both of Nimrat's upcoming movies have been written and directed by Amberdeep Singh. Nimrat has also shared the news for the release of her film, Jodi on her Instagram handle. Take a look -