'You Are My Proof': BTS' Jimin Says Bandmates & ARMY Remind Him Of His True 'essence'

With the release date of 'Proof' album inching closer, BTS members are taking turns to reveal the significance of their tracks in their lives. 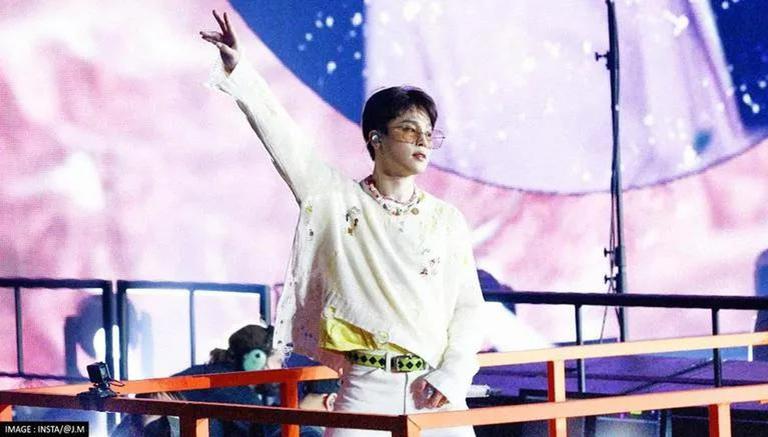 
The release date of BTS' tenth album titled Proof is inching closer and with that fans are growing restless to wait for the highly anticipated comeback. The anthology album will depict the journey of the globally renowned K-pop band through their songs. Moreover, the album will also include solo tracks of the members namely Jin, Suga, J-Hope, RM, Jimin, V, and Jungkook.

Ahead of its release, members are taking turns to reveal their thought processes and reason for choosing particular solo tracks from their vast discography to be included in Proof. This time, member Jimin penned a heartfelt note for the fans as well as his bandmates as he revealed why he chose his tracks 'Friends' and 'Filter' for Proof.

Big Hit Entertainment took to their official social media to release the video where the 26-year-old singer talked about why he chose Filter and Friends to be included in the Proof album. The video featured pictures of the members as the singer talked about how his bandmates and his fans, called ARMY, help him keep his true essence.

He said, ''I wanted 'Filter' and 'Friends' to be included on this album. I wanted to live up to ARMY's expectations and show them many different sides. I still have many different colours left to share. I might have come across as being colourless instead of colourful if I'd have accommodated myself to other people's ideas without having a distinct hue of my own. But my ''Friends''- the members and ARMY- were always there to help me remind myself of what my essence is and keep myself centred. You are my Proof.''

Fans were impressed with Jimin's heart-pouring confession and expression of love for his bandmates and fans. Many also shared pictures of the members shown in the clip as they believed the photographs were clicked by Jimin himself. Summing up fans' love for the singer, one fan tweeted, ''jimin putting himself and the members in his proof video. his proof as one of love. loving himself, loving the ones in whose hearts he feels safest. being loved just as gently in return. just as warmly. his proof of inspiration is proof he’s loved. proof he’s loving.''

“And I still have many different colors left to share…”

You are our Proof, Jimin. You’re the most beautiful color in existence. Know that we will always be right behind you. @BTS_twt #Proof_of_Jimin
JIMIN PROOF OF INSPIRATION pic.twitter.com/YoV4ongF2W