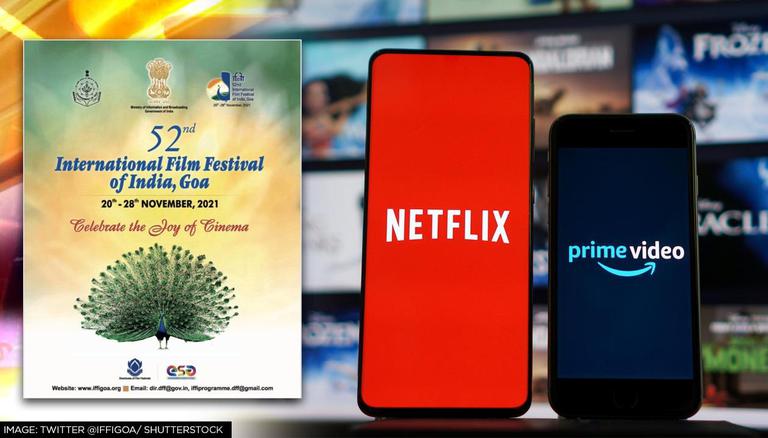 
The 52nd International Film Festival of India, which commences from today, November 20, in Goa, will see the participation of five major OTT players, namely- Netflix, Amazon Prime, Zee5, Voot and SonyLIV for the first time in history. According to a press release by the Ministry of Information & Broadcasting, these OTT giants will participate through live Masterclasses, content launches and previews, multiple on-ground and virtual events as well as curated film package screenings.

The move aims to bolster the quality and produce fresh content, since these platforms curate variety of shows and movies every year. Digital India also paves the way of enthralling the audience virtually all over the world.

The latest edition of the International film festival of India will be held in a hybrid format owing to the current COVID-19 situation.

OTT platforms to participate at IFFI 2021

WE RECOMMEND
Samantha Ruth becomes 1st South Indian actor to be invited as speaker at IFFI
Hema Malini to be presented with 'Film Personality of the Year' Award at IFFI
'Koozhangal': India's Oscar entry to be showcased at International Film Festival of India
Kartik Aaryan visits Siddhivinayak Temple as his movie 'Dhamaka' releases
52nd IFFI to be held from Nov 20-28 in Goa, Union Min Prakash Javadekar unveils poster
Listen to the latest songs, only on JioSaavn.com