Ivana Trump's 4th husband Italian actor Rossano Rubicondi passed away at the age of 49. Ivanka and Rossano never really separated after their divorce. 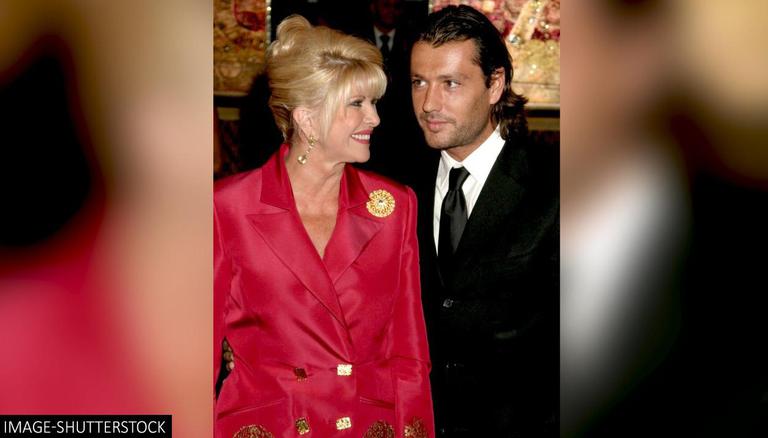 
Rossano Rubicondi, the prominent Italian star and Ivana Trump's fourth husband passed away on Friday, October 29. He was 49. Simona Ventura, the Italian television presenter, took to social media and informed all the fans about Rossano Rubicondi death.

Fratelli Coltelli movie actor, Simona Ventura recently took to her official Twitter handle and shared a picture of herself along with Rossano Rubicondi to inform the fans that the latter had passed away. However, the reason behind his demise is still unknown.

In a tweet, Ventura shared a note of gratitude for the late Italian star and stated that she was thankful for the journey they made together and recalled their quarrels but also the clarifications and laughter, that they shared together. She concluded her tweet by wishing him a good trip. The tweet read, "Rossano… Thanks for the journey we made together, for the quarrels...but also the clarifications and laughter, so many, that we did together. Have a good trip RiP (sic)".

Rossano Rubicondi dated Ivana Trump for around six years before tying the knot on 12 April 2008. The couple's wedding ceremony created a huge buzz among fans as it was worth $3 million with approximately 400 guests and was hosted by Ivana's ex-husband, Donald Trump at Mar-a-Lago with daughter Ivanka as her maid of honour. While the couple had a topsy-turvy relationship for a decade, they finally got divorced in 2019. Ivana Trump issued a statement at that time, as per NBCrightnow, and said that their relationship just ran its course. She also revealed how Rossano was spending a lot of time in Italy while she was in New York, Miami, and Saint-Tropez. Adding to it, she stated that their long-distance relationship didn't work and added that their separation was amicable.

She had said, “The relationship just ran its course. Rossano spends a lot of time in Italy and I spent a lot of time in New York, Miami, and Saint-Tropez, and he has to work. The long-distance relationship really doesn’t work. We had a good time and are friends. The split was amicable.” As per multiple reports, though the couple separated in 2019, they have remained friends and were spotted together recently while having dinner together in New York.

READ | Snoop Dogg's mother passes away at 70, rapper pays emotional tribute to her

WE RECOMMEND
'Go and declare...': Donald Trump's ex-wife reacts to US poll result; says 'I don't care'
Listen to the latest songs, only on JioSaavn.com