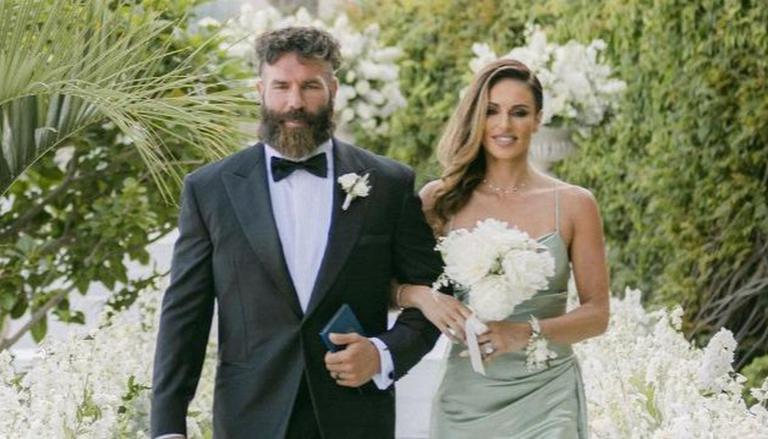 
Armenian-American poker player and social media influencer, Dan Bilzerian's latest Instagram post had netizens baffled. On June 25, Dan took to his social media space and posted a picture of himself standing hand in hand with a woman wearing a wedding gown. Along with the post, he even wrote a cryptic caption, that read, "I finally did it".

The picture uploaded by the 41-year-old internet sensation saw him all suited up in black and white, while the woman holding his hands looked gorgeous in a pastel high-slit wedding gown. Meanwhile, Bilzerian's fans are currently in a state of bewilderment as they couldn't figure out whether he is married or not.

A netizen commented on The Equalizer actor's post, "This can’t be the truth!", adding laughing emoticons, while another one commented, "Can’t believe I wasn’t invited". A fan wrote, "Congratulations! This will be inspiring for many young men out there! (sic)", while another went on to say that the girl must not be on social media.

An Instagram user wrote, "Amazing! It seems like the 100ft below the surface underwater epic proposal was just yesterday! Nice Dapper Dan! I know where the Honeymoon will be…", adding laughing emoticons to it and many dropped shocking reactions on Dan's post.

Dan Bilzerian is an Armenian citizen since 2018. In 2010, he was voted one of the funniest poker players on Twitter by Bluff Magazine. Prior to 2018, he was an American citizen. In 2016, he even announced his bid to run for President of the United States. The popular Poker player has also acted in films such as The Equalizer, Cat Run 2, Lone Survivor, Extraction and War Dogs.

READ | Dan Bilzerian trends on Twitter after he asks his fans to name his autobiography
First Published: 25th July, 2022 18:02 IST
SUBSCRIBE TO US