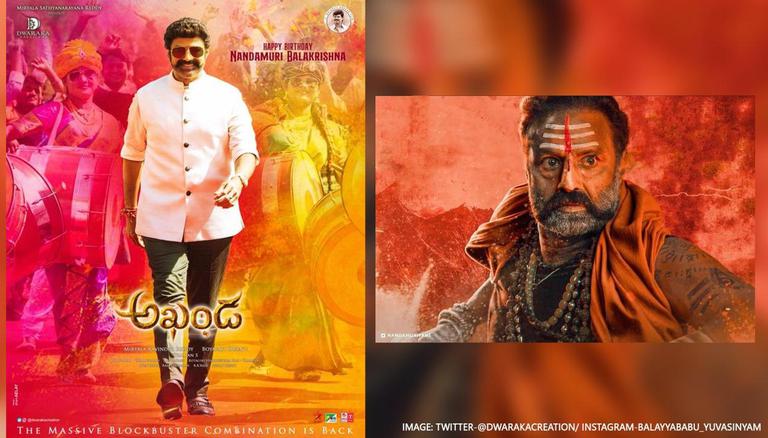 
Akhanda is a highly-anticipated Telugu film, helmed by Boyapati Srinu. The trailer of the Nandamuri Balakrishna-starrer released on Sunday and had fans excited about its upcoming release. The film will hit the big screen on December 2, 2021.

The theatrical trailer of Akhanda became available to fans on Sunday, after much anticipation. The 'trailer roar' creates suspense and is sure to have viewers at the edge of their seats. Balakrishna takes on a powerful role and the trailer is full of action and drama. The trailer promises an entertaining film and sees the actor in an all-new avatar.

On the occasion of the actor's birthday earlier this year, the team behind the film released an all-new poster of Akhanda. The production house of Akhanda, Dwarka Creations, headed to their social media accounts to share the latest look of the N.T.R: Mahanayakudu actor. Balayya could be seen with a smile from ear to ear, as he wore a Nehru jacket accompanied with a white shirt and a pair of green pants. The caption read, "Wishing our #Akhanda, #NandamuriBalakrishna garu A very Happy Birthday. Here’s #AkhandaBirthdayRoar for you."

The promotional work for the upcoming film is currently in full swing. What makes the film even more exciting is that Nandamuri Balakrishna will essay a double role in the film. One of the roles he will play will be of an aghora. Pragya Jaiswal will also star in the film and will take on the role of the lead female actor. Jagapathi Babu and Srikanth will also be seen in pivotal roles.