Akhil Akkineni's birthday had in store a special surprise for his fans who got treated with the actor's new look for his upcoming movie. Agent.


Akhil Akkineni celebrates his 27th birthday on April 8 this year. He had a special surprise in store for his fans. To be seen in Surender Reddy's upcoming movie Agent, the director treated the fans with a new stylish look of the young actor on social media on Akhil Akkineni's birthday. Check out Surender Reddy's Twitter post revealing the new look here.

The director took to his Twitter to share the rugged look of Akhil Akkineni's Agent character. Describing the look as 'phenomenal first look', Surender Reddy shared the poster accompanied with a 'thrilling title' while wishing Akhil Akkineni on his birthday. The director also announced the release date of Agent which is slated for the 24th of December release.

The actor also took to his social media to share the new stylish look of his upcoming movie. Writing 'Presenting to you the new me', Akhil shared the poster and continued to give credit to the director of the movie. Describing his new look as 'crafted by the man himself', Akhil credited Surender Reddy and wittily wrote that he officially surrendered to Surender.

Akhil went on to thank the whole team of the Agent movie and his producer in the caption. Fans went gaga over the actor's new look as the comment section was spammed with heart and fire emojis. Akhil Akkineni's birthday treat to his fans was a major hit as several fans complimented the actor for his new-look in the movie. 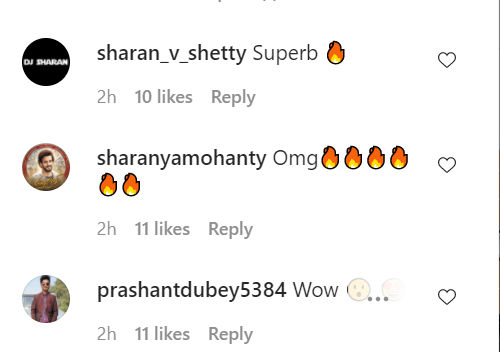