When the ‘Pushpa’ actor reached Vizag, fans gathered outside the airport to welcome him and mobbed his car. 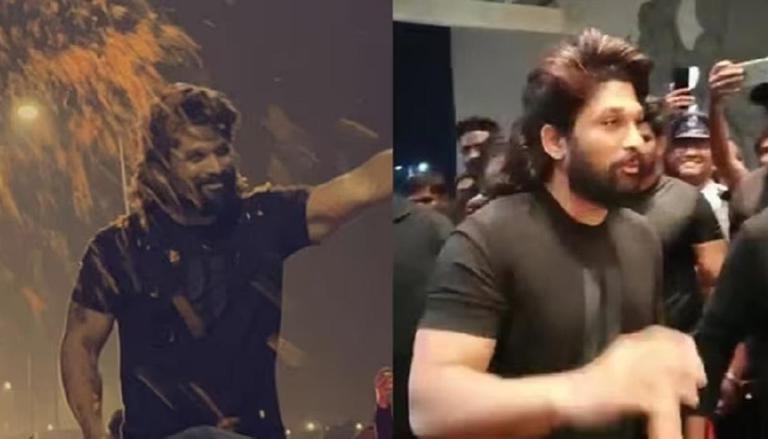 
After the massive success of ‘Pushpa: The Rise’, the team is all set for the sequel, which is currently being filmed. Allu Arjun along with the team of the highly-anticipated ‘Pushpa: The Rule’ arrived in Andhra Pradesh’s Visakhapatnam for the shoot of an action sequence. When the ‘Pushpa’ actor reached Vizag, fans gathered outside the airport to welcome him and mobbed his car. Pictures shared by Allu Arjun’s fan account Twitter also showed his new look with long hair and a muscular physique.

Fans showered flower petals on the star as he was seen waving at them through the sunroof of his car. The fans who shared the pictures also said on Twitter that the shooting for ‘Pushpa 2’ in Vizag will go on for 10 days.

'Pushpa: The Rise', which also stars Rashmika Mandanna and Fahad Faasil, is a Telugu film directed by Sukumar, which released in December 2021. The film recorded a box office collection of over Rs 300 crore globally. Originally filmed in Telugu, the film had a pan-India release in Hindi, Tamil, Malayalam, and Kannada. The film's sequel is currently in pipeline.

Ever since the release of the blockbuster hit ‘Pushpa: The Rise’, everything about the film from songs like ‘Oo Antava’ to Allu Arjun’s power-packed dialogues have become a rage among the audience. Fans are now eagerly waiting for the second installment of the film.

Pushpa 2 recently began filming with a muhurat shot last month. No official release date of 'Pushpa: The Rule' has been announced so far but the Sukumar directorial is set to bring back the principal cast. The makers have promised fans that it will be 'bigger and better'.