Allu Arjun recently took to his Instagram handle and shared his monochrome picture, with a message for all. 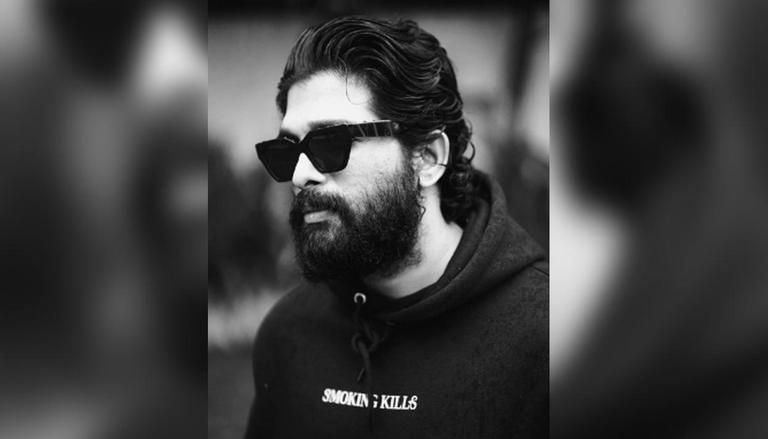 
Tollywood actor Allu Arjun is one of the most popular and successful actors in Telugu cinema. The actor enjoys a massive fan following and is known for his extraordinary acting skills. The actor, who is all set for his new Pan India film, recently gave away some dapper vibes with his latest Instagram post. He also sent a message to his fans via his black hoodie.

Allu Arjun recently took to his Instagram handle to share a black and white photo of himself. The actor wore a black hoodie and goggles as he flaunted his bready look from his upcoming film Pushpa. The actor added a black heart emoji in the caption as his hoodie was enough to send out an important message. The Race Gurram actor's black hoodie read, "smoking kills'. Allu Arjun, who enjoys over 12.4 million followers on Instagram, received thousands of compliments from his fans. His photo garnered over 1.6 million likes. One of his fan pages wrote, "Were you born stylish or grew up to be stylish", while another one wrote, "YOU ALWAYS LOOK SOOOO GOOOOD".

Allu Arjun recently visited the sets of his elder brother Allu Bobby's film Ghani. The actor wore the 'Smoking kills' hoodie during his visit. He took to his Instagram handle to share how he is proud to see his elder brother debuting as a producer. He shared a photo with Allu Bobby from the sets of the film and wrote, "A moment of pride to see my brother #AlluBobby in a shooting as a producer. So glad his journey has started as a film-maker officially . Welcome on board to ALLU ENT. #alluentertainment #allubros 🖤".

READ | Allu Arjun wishes his mother with a sweet picture; calls her 'The sweet heart of my life'

Allu Arjun shared another photo from the sets of Ghani. He also congratulated Varun Konidela for his work in the film in his caption. He wrote, "On the sets of #Ghani . My best wishes to my brother @varunkonidela7 . He’s Killing it with his new avatar 🥊 . And my best wishes to director Kiran garu and the entire team . My love & wishes to both the new producers . My elder brother Allu Bobby & my sweetest Brother in Law Sidhu Mudda . Hope both of you kick start ur journey with a knock out punch at the box office #Ghani #allubobbycompany #renaissancepictures".