Anushka Shetty wrote a heartwarming note urging her fans to stay at home during the pandemic. She wrote that things will get better if people try their best.


Actor Anushka Shetty is often seen engaging with her fans by either wishing them on festivals or motivating them to do well in life. Amidst the coronavirus pandemic, Anushka asked her fans to look for positive things every day. She also suggested they stay at home and impose a "self lockdown". Take a look at what the actor had to say to her fans and followers.

Anushka Shetty urges fans to not drain energy in anything negative

Anushka Shetty took to her Instagram handle to talk about the pandemic situation in India. She wrote that these have been trying times and everyone is trying to do their best. There have been losses that no one can compensate for. She added that people should help each other to navigate through these tough times. She also asked people to follow the protocols and stay at home. People should stay in touch with their friends and family while imposing a self lockdown.

She added, "Not everyone knows how to express what they feel." She asked people to do some breathing and to look for positive things every day. She wrote, "Stay positive, we need that energy to lift all around." She added that they'll get through this soon if everyone helps in the smallest way, even if it's just praying for the patients. Anushka shared, "Let us focus on what can be done in the moment and not drain energy on anything negative."

As soon as Anushka penned the note, her fans commented in numbers. They wrote that she was right and she should stay at home as well. Fans mentioned that they missed seeing her on the screen and sent her "loads of hugs" and asked her to stay safe during such times. They also flooded her comment section with heart and fire emojis. Take a look at the comments on Anushka Shetty's latest note.

READ | When Anushka Shetty and her mother were all smiles in a happy selfie; see duo's unseen pic 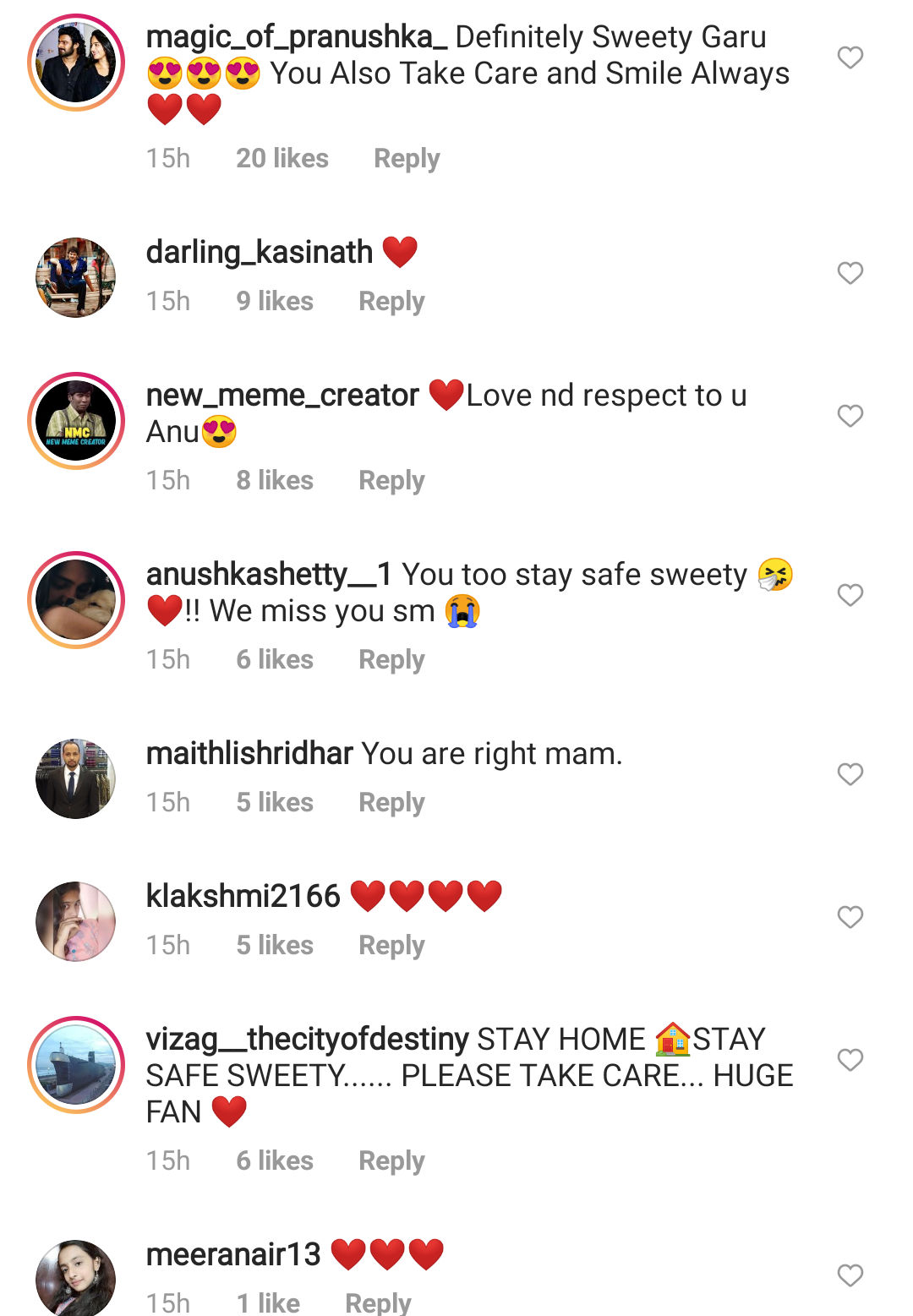 Anushka Shetty on the work front

Anushka Shetty's movies like Baahubali 2: The Conclusion, Om Namo Venkatesaya, Bhaagamathie and more garnered her immense popularity. The actor was last seen in the Telugu film Nishabdham where she played the role of Sakshi. She was seen playing a deaf and mute artist. The film also starred R Madhavan, Michael Madsen and Anjali.