Dhanush, who will soon be seen in the much-awaited 'Atrangi Re' is now gearing up for his next project, whose title will be announced on December 23. 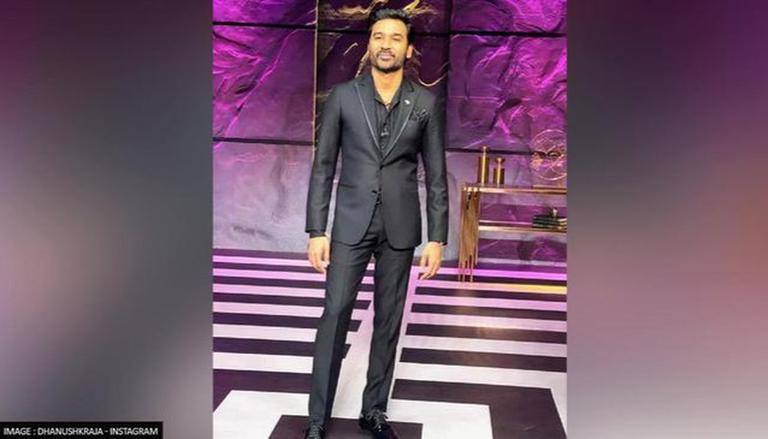 
Dhanush, who will soon be seen in the much-awaited Atrangi Re is now gearing up for his next project. The actor headed to Twitter on Wednesday and announced that he will reveal the title of his next film on December 23. The actor also revealed that the upcoming bilingual project will be helmed and written by Venky Atluri, who is known for his work in Toli Prema, Rang De, Mr. Majnu and others. Dhanush's announcement left fans thrilled to know more about his next project.

Dhanush to announce title of his next project on December 23

The actor headed to Twitter and mentioned that his next Tamil film and first direct Telugu film's title will soon be announced on Thursday. He wrote, "My next Tamil film and my first direct Telugu film... title announcement tom Om Namashivaaya". He also uploaded an image along with his tweet, which revealed the exciting announcement that will be made at 9:36 am on December 23. The film will be bankrolled by Naga Vamsi of Sithara Entertainments.

Have a look at Dhanush's announcement here

Dhanush is currently gearing up for the release of his Aanand L Rai directorial, Atrangi Re starring Sara Ali Khan and Akshay Kumar. The film will get a digital release via Disney+ Hotstar on December 24. This is now the first time Dhanush will join hands with the director. The duo had previously worked together in the 2013 film, Raanjhanaa.

WE RECOMMEND
'Atrangi Re': Witness Akshay-Sara-Dhanush's playful banter in latest track 'Little Little'
'I was always against the divide between south and north Indian films', says Dhanush
Has been a good learning experience: Dhanush on working with Hollywood's Russo Brothers
Sara Ali Khan thanks 'Atrangi Re' co-star Dhanush for 'selfless love' in gratitude post
Dhanush picks his favourite co-star from Bollywood, says 'she will always be special'
Listen to the latest songs, only on JioSaavn.com