Sai Dharam Tej's health update was recently shared by Harish Shankar. The news is a treat for the actor's fans who were praying for his recovery. 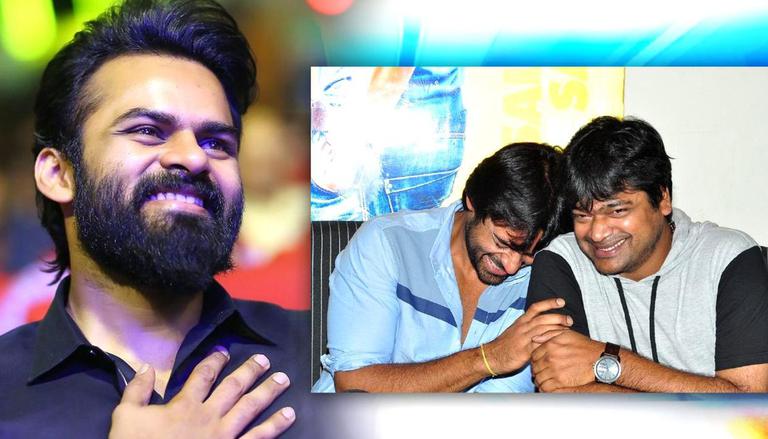 
Sai Dharam Tej is recovering well after his accident last month. The actor, who had slipped into a coma after the incident, is 'super fit'. After his uncle Chiranjeevi had announced that he returned home on Vijay Dashami, the latest to express delight over his recovery was director Harish Shankar.

Shankar called Sai Dharam Tej his 'brother' while sharing an update about his health. He shared that the actor was 'ready to conquer'. He did so by dropping a snap of him holding Sai Dharam Tej's hand.

Harish Shankar took to Twitter to make the announcement.

Met my brother @IamSaiDharamTej and had a wonderful talk … Happy to say that he is super fit and getting ready to conquer ..

He had collaborated with the Telugu star for the movie Subramanyam for Sale. The movie had released in 2015 and was a success at the box office. The previous good news around his health was when Chiraneevi had tweeted the update on Dussehra. He had shared the news on Sai Dharam Tej's birthday on October 15 while also conveying his greetings on the occasion. The veteran actor-politician wrote that Sai Dharam Tej was returning home after 'recovering fully from the accident'. The Sye Raa Narasimha Reddy star added that the news had made all of them 'happy & grateful.'

'Nothing short of a rebirth for him,' Chiranjeevi had tweeted then.

Another speciality of this #VijayaDashami is @IamSaiDharamTej is returning home after fully recovering from the accident,having had a miraculous escape,making us all happy & grateful!Nothing short of a Rebirth for him!

Previously, Sai Dharam Tej himself had shared that he was doing fine. The actor's film Republic too had released when he was in the hospital. So he extended his gratitude to fans for the response he received for the movie. He posted a snap of his thumbs up to say thank you to fans. "Thanks is a small word to express my gratitude for your love and affection for me and my movie “Republic “ See you soon[sic]," read his words then. He, however, has not tweeted since then.

Sai Dharam Tej suffered collarbone fracture and soft tissue injuries after falling from his motorcycle on the highway at Madhupur in Hyderabad on September 10. He was treated at the Apollo Hospital after he was taken to another hospital immediately after the accident. His uncle Pawan Kalyan had then said that Sai Dharam Tej had slipped into a coma.