Makers of ‘Doctor’ starring Sivakarthikeyan released glimpses from its foot-tapping number, ‘Chellamma’ on Tuesday. The film is set to release on October 9. 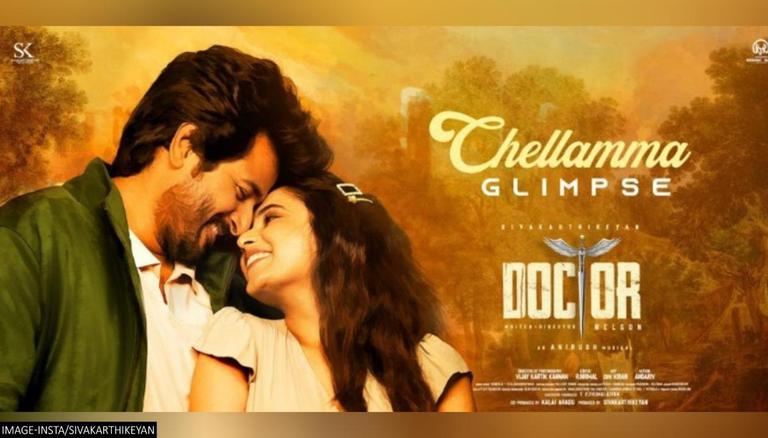 
Touted as one of the most-anticipated films from the South film industry, the makers of Sivakarthikeyan Doctor has released a new update for fans who are keeping their fingers crossed. The makers released glimpses from an all-new song, titled Chellamma. The new update comes at a time when the excitement generated by the recently released trailer of the upcoming mystery thriller, hasn't settled yet.  The trailer sparked excitement and fans cannot wait for the film to hit the big screen on October 9.

On Tuesday morning, the team behind Sivakarthikeyan's next, Doctor shared a foot-tapping music video that contained a glimpse into the film's song, Chellamma. The feel-good track was crooned by Anirudh Ravichander and Jonita Gandhi. The music video sees Sivakarthikeyan and his co-star, Priyanka Mohan's magical chemistry as they lighten up the dance floor with their moves. The backdrop of the video is extremely colourful and will be sure to entertain the audience.

Sony Music recently took to its Instagram handle when the Song video crossed one million views in just six hours to celebrate the milestone. The video currently records 1.5 million views, and the numbers have been surging since the release of the foot-tapping number. They posted a still from the music video and wrote, "1️⃣ MILLION just in style! 🎉💖"

The official trailer of Doctor was recently released and it went on to become the talk of the town. Set to play the intriguing role of Dr Varun in the upcoming thriller, the anticipation for the film increase after the trailer made the rounds. The thriller fails to provide any hint towards the story but promises the audience an enthralling ride. The Tamil film will be helmed by Nelson Dilipkumar and is touted to be an action crime flick. The film will be produced by Sivakarthikeyan Productions in collaboration with KJR Studios.

After the release of the trailer, Sivakarthikeyan headed to his Twitter handle to share his first look from his upcoming actioner. He was seen in the poster donning a suit that had hints of brown and orange as he stood with a Stratoscope around his neck. What increased the excitement for the film was seeing his character wielding a gun in his hand.

READ | Sivakarthikeyan to play this role in Vijay's 'Beast' amid links with Nelson Dilipkumar?

WE RECOMMEND
‘Doctor Who’: Russell T. Davies gears up to take over from Chris Chibnall as showrunner
From 'Doctor' to 'Maha Samudram,' South Indian movies to watch in October
Sivakarthikeyan starrer 'Doctor' trailer out; actor promises a 'fun and thrilling' journey
'Doctor': Sivakarthikeyan starrer to get theatrical release on THIS date
Doctor uses iPhone 13 Pro Max camera for patient's eye checkup, shares pictures
Listen to the latest songs, only on JioSaavn.com