Sivakarthikeyan took to his social media handles and shared the release details of the first look of his upcoming movie 'Don'. Read More. 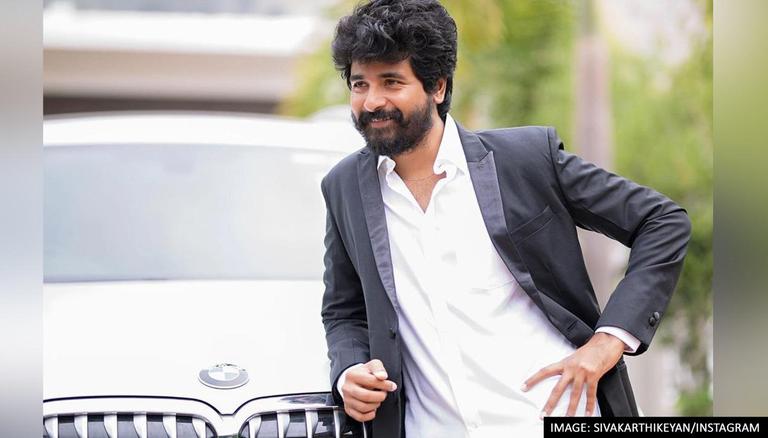 
Actor Sivakarthikeyan, who is currently basking in the success of his latest movie Doctor, surprised fans as he gave an update about his next project Don.

Sivakarthikeyan took to his Twitter and shared a poster announcing the launch date of his movie Don's first look.

Sivakarthikeyan gives an update about his movie Don

Sivakarthikeyan took to his social media and shared the first look announcement poster of Don on Tuesday. The new poster read, 'Students Assemble' on a college bus with the actor holding a megaphone speaker on the top. Sivakarthikeyan will reportedly be seen as a school student and an engineering student in the movie. The first look of the movie will be released on November 10.

Don is an action-comedy film directed by Cibi Chakaravarthi and produced by Allirajah Subaskaran of Lyca Productions. Sivakarthikeyan also co-produced the film under his Sivakarthikeyan Productions banner. The movie will also star  S. J. Suryah, Priyanka, Samuthirakani, and Soori in other prominent roles.

Meanwhile, the actor was recently seen in the action-comedy film Doctor, the movie which is dubbed as one of the biggest movies to come from South post reopening of the theatres in several states. The film received positive reviews with praise for the primary performances, dark humour, direction, storyline, soundtrack, and background score. The film went on to become the second-highest-grossing Tamil film of 2021 behind Master.

Sivakarthikeyan took to his social media platforms on October 20 and thanked his fans for the love they showed for the movie. The actor shared a brief compilation of videos summing up the enthusiasm of the people at the movie theatres. The video starts with fans gathering outside the movie theatres to celebrate the movie poster with drums, flowers, pouring milk, and more. In another video, fans in the theatres showered cheers and whistles as soon as Sivakarthikeyan appeared on the screen. As he shared the video, he wrote, "Special thanks to all my brothers & sisters for your love and support."

The actor will next be seen in the science fiction comedy Ayalaan alongside Rakul Preet Singh, Sharad Kelkar, and Isha Koppikar in the lead roles. The movie will be helmed by  R. Ravikumar while the music score of the movie will be composed by A.R. Rahman.

WE RECOMMEND
Angelina Jolie says "I don't strive to be perfect, I hope to be a better person"
My films' success or failures don't affect me, says Prithviraj Sukumaran
Ravi Shastri shares struggles of coping with bio-bubble, cites Don Bradman as an example
'Doctor': Sivakarthikeyan shares glimpse of fans showering 'love and support' to the film
Bodybuilder Kali Muscle hospitalized after heart attack; says 'some don't get 2nd chance'
Listen to the latest songs, only on JioSaavn.com