G Anand, Telugu Playback Singer, Passes Away At The Age Of 67 Due To COVID-19

Veteran Telugu playback singer G Anand passed away at the age of 67 on Thursday evening succumbing to the COVID-19 virus after a drop in oxygen levels. 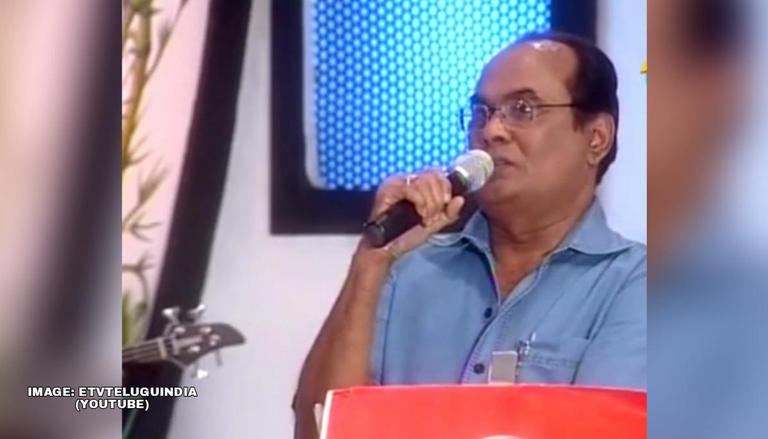 
Telugu playback singer Gedela Ananda Rao, popularly known as G Anand, passed away at the age of 67 on Thursday, May 6, 2021, after succumbing to the novel COVID-19 virus. The singer had tested positive for the virus a few days ago and his oxygen saturation fell to 55. Anand was in urgent need of a ventilator and many people appealed for the same on their social media handles.

He is admitted in Tirumala Hospital B.N.Reddy Nagar.

Oxygen levels have come down to 55 & he is in need of a ventilator which is not readily available in that hospital. So kindly RT & help him@RRRMovie @MythriOfficial

G Anand was admitted in a very critical condition at the Tirumala Hospital in B.N. Reddy Nagar. According to Hindu, the ventilator was not readily available in the hospital and could not be made available on time which later decreased the saturation in oxygen levels. Anand was reported dead on Thursday evening.

READ | Actress Abhilasha Patil passes away due to COVID-19 complications, tributes pour in

G Anand was born to a stage drama artist in the Srikakulam district. After learning music from his father he went on to perform at various functions and festivals in his neighbourhood village. At an early age, G Anand participated in many competitions and emerged as a winner for his extraordinary performances. One such competition was judged by famous music director Sri K.V. Mahadevan and singer S.P. Balasubrahmanaym, who were amazed by his skills and Anand emerged a winner in that competition as well. As per Telugu Cinema, after the show, Mahadevan promised to give him a chance if he made his way to Madras, and the next day he reached the place.

In 1976, he debuted with his song Oka Venuvu Vinipinchenu Anuraaga Geethika, composed by G.K Venkatesh, in the movie America Ammayi. He has sung songs like Dooraana Taaraadeepam composed by K.V. Mahadevan for Maa Bangaarakka, paan Duranda viThalaa composed by P Adinarayana Rao for Chakradhari, puvvulanaDugu composed by Chakravarthy for Aame Katha, and many more. Anand is also widely known for singing and releasing several devotional albums. He is known for his evergreen devotional song, Adigo Gowtami Idigo Bhadrari.

He started a musical troupe called 'Swara Madhuri' with whom he toured all over the world. The troupe also gave chance to several aspiring singers. The troupe performed over 6500 performances over the globe and soon enough Anand himself was started to be known as 'Swaramaadhuri'. He has also served as musical director for Gandhinagar rendava veedi, Swatanthryaniki Upiri, poyyandi Rangavalli, and many more.