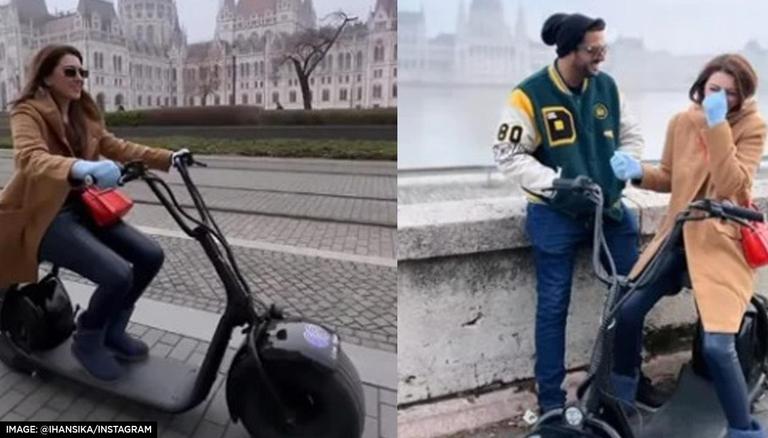 
Newlyweds Hansika Motwani and Sohael Khaturiya are in Vienna for their honeymoon. The actress, on Monday, took to Instagram to share a video of herself riding an e-scooter in Budapest. Hansika was dressed in a brown overcoat, blue denim, and black boots. She teamed her outfit with dark sunglasses as she rode the e-scooter in style. The title track of the film 'Dhoom' could be heard playing in the background of the video that she shared on her Instagram stories.

The actor, who can be seen riding around the Parliament of Hungary, seemed to be thoroughly enjoying the view of the river Danube.

The couple, who got married earlier this month, flew to Austria for their honeymoon. According to the actor's Instagram posts, they have visited the Belvedere Palace and Rathausplatz Square.

'Koi Mil Gya' actress has been constantly updating her fans about her whereabouts through her Instagram and it sure looks like a dreamy holiday.

In the multiple pictures posted by the actress, the couple can be seen celebrating Christmas. Hansika was also seen posing with Santa Claus while making a goofy face. 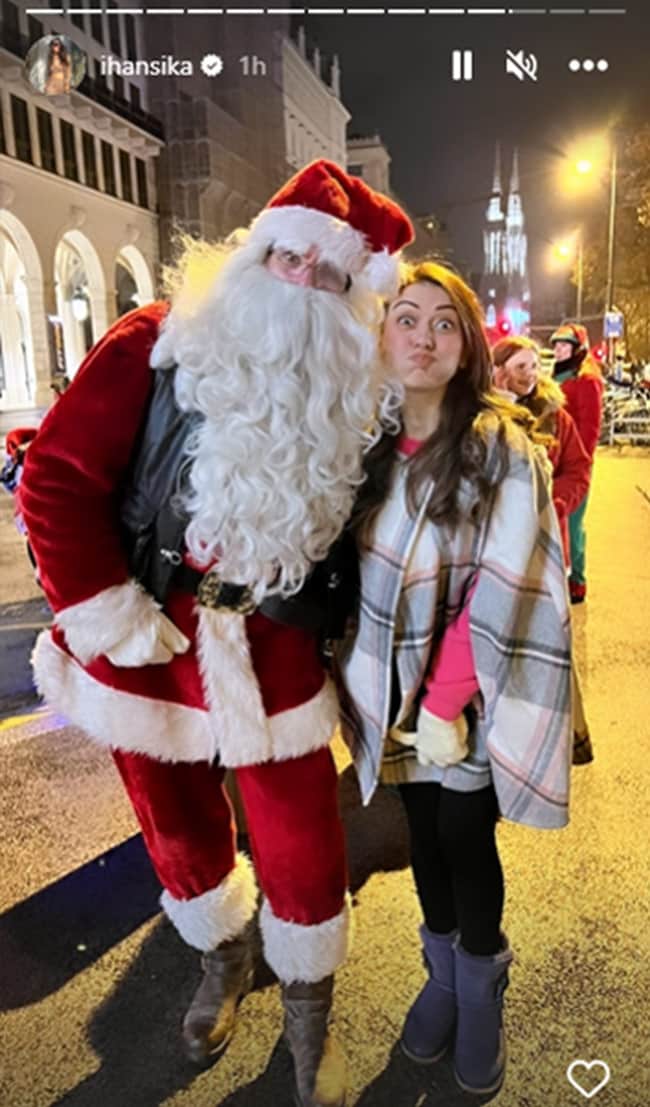 The actress also posed in front of a lit-up Christmas tree in the capital of Austria. 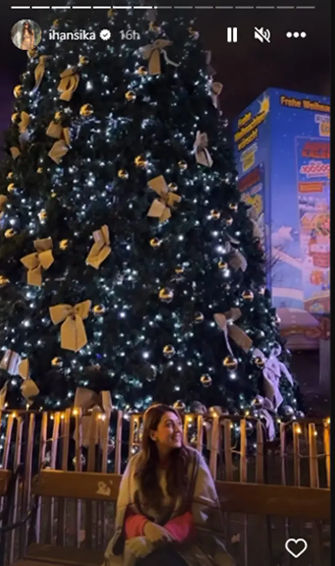 She also shared a photo of herself and Sohael laughing during their latest outing, which was shared by him on his Instagram Stories. Earlier today, Hansika also shared a montage reel of all the fun moments put together from her honeymoon. It consisted of pictures and videos of the actress sightseeing, sitting in a shopping cart, and sporting a cozy hooded jacket. In the caption, she wrote, “Merry Christmas."

The couple got married on December 4 at the Mundota Fort and Palace in Jaipur, Rajasthan. Their wedding was attended by their family members and close friends. The actress donned a traditional red lehenga for her big day, while Sohael opted for an all-ivory embroidered sherwani look.