Following the release of Jagame Thandhiram trailer, the makers of the film took to social media to unveil the new poster of the flick starring Dhanush. 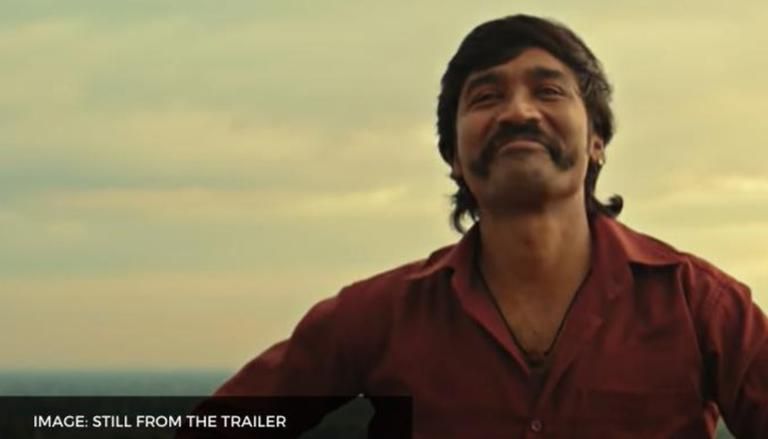 
Director Karthik Subbaraj's upcoming venture Jagame Thandhiram is all set to release on Netflix on Friday, June 18. Starring Dhanush, James Cosmo of the Game of Thrones fame, Sanchana Natrajan, Aishwarya Lekshmi, Joju George, Kalaiyarasan and Vadivukkarasi, the makers of the film dropped a brand new poster of the movie on social media. The trailer of Jagame Thandhiram was released on June 1.

On Tuesday, June 15, Y Not Studios who are the makers of the film took to their official Twitter space to unveil the new poster of the movie featuring Dhanush. In the poster shared, we can see Dhanush sitting on the ledge of a balcony with his back to the camera overlooking an entire city. The poster also mentions that the movie will be released in 190 countries on Netflix and will be available in 17 languages - English, Hindi, Tamil, Telugu, Malayalam, Kannada, French, German, Italian, Polish, Portuguese, Spanish, Thai, Indonesian, Brazilian and Vietnamese. Check out the new poster below.

The new poster has gotten Dhanush's fans thrilled who took to the comments to share their excitement for the same. The netizens said that they are waiting for the release of the film which is coming closer and shared that their expectations as well. Take a look.

The movie was originally scheduled to release in theatres in 2020 but was postponed due to the ongoing pandemic. The film's director Karthik Subbaraj decided to release the movie on OTT due to the uncertainty of the reopening of theatres in the country. The film revolves around the story of Surili played by Dhanush, a carefree gangster who has been recruited by an International mafia gang based in London. However, while Surili is in the middle of his mission he falls in love with Attila played by Aishwarya Lekshmi which puts him in a state of dilemma. Watch the Jagame Thandhiram trailer right below.

Apart from this, Dhanush will also be seen in Aanand L Rai's Atrangi Re. The actor is also going to be seen in the Hollywood film The Gray Man directed by the Russo Brothers of the Avengers: Endgame fame. In the movie, Dhanush will be sharing screen space with Ryan Gosling, Chris Evans and Ana de Armas.

READ | Loved Jagame Thandiram trailer? Here is a list of other Dhanush films that you can watch
READ | Dhanush unhappy over film Jagame Thandhiram not having a theatrical release?